Veteran Yoruba actor, Baba Suwe, has debunked rumour of his death, saying he was saddened by such rumour.

The comic actor was recently rumoured dead on social media.

Dismissing the rumour, the actor born, Babatunde Omidina, told The Guardian he was surprised people were wishing him dead.

Baba Suwe, who is celebrating his 62nd birthday on Saturday, said he got lots of phone calls from relatives and friends over the rumour.

He said, “Anybody that wants me dead should be ahead of me and wait for me in heaven. It is very disturbing that people could wake up spreading false news about you, especially sensitive and wicked news at that. I am alive, I am well; I will be fine, I am not dead. I don’t think a dead man could be talking to you as I am right now.”

Baba Suwe had debunked death rumour last year after he was flown to the United States for treatment of diabetes.

He got donations from the cleric Rev. Mother Esther Ajayi, Vice President Yemi Osinbajo among others.

I got coronavirus on movie set – Omotola 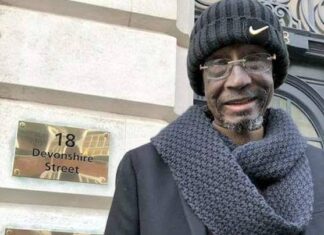