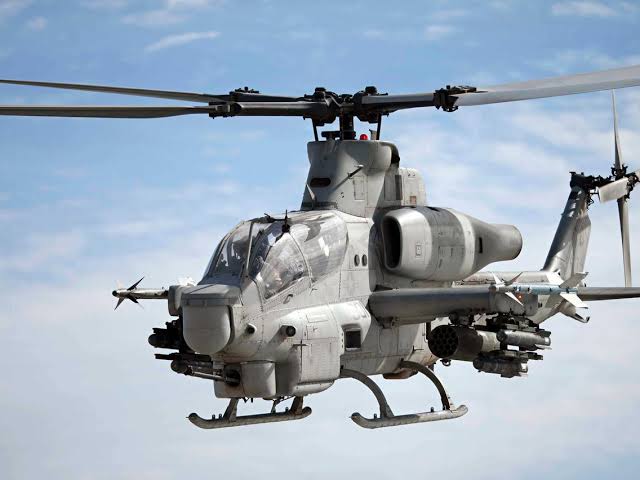 The United States State Department has cleared the sale of 12 AH-1Z Cobra attack helicopters to Nigeria worth nearly $1bn, apparently after US lawmakers lifted objections over human rights concerns.

The Defense Security Cooperation Agency on Thursday announced the sale of the helicopters and related defence systems to the Nigerian military.

According to YahooNews, the package includes $25m for human rights-related training.

Foreign Policy had reported in July that the top Democrat and Republican on the Senate Foreign Relations Committee delayed the sale amid concerns Nigerian President Muhammadu Buhari was drifting toward authoritarianism. The country is facing multiple security challenges, including terrorism.

“Nigeria requires a fundamental rethink of the framework of our overall engagement,” committee Chairman Bob Menendez, D-N.J., told Secretary of State Antony Blinken during the diplomat’s testimony before the panel last year.

Menendez also tweeted that “the Nigerian government must get serious about security” after the militant group Boko Haram kidnapped more than 300 schoolboys in December 2020. The Nigerian government also ran afoul of the New Jersey Democrat in 2019 after arresting one of his constituents, Nigerian-American journalist Omoyele Sowore.

According to the announcement, $25m in the package will be dedicated to “institutional and technical assistance” to Nigeria’s military to continue its Air-to-Ground Integration program, which concerns targeting processes that are consistent with international humanitarian law and the laws of armed conflict.

“The proposed sale will better equip Nigeria to contribute to shared security objectives, promote regional stability and build interoperability with the U.S. and other Western partners,” the announcement read.

“This sale will be a major contribution to US and Nigerian security goals,” it added.

The development appears to open a new chapter in US-Nigeria relations.

The United States had last May said there was no plan to relocate its Africa Command from its current base in Germany to Nigeria or any other part of Africa despite the worsening state of insecurity in the region.