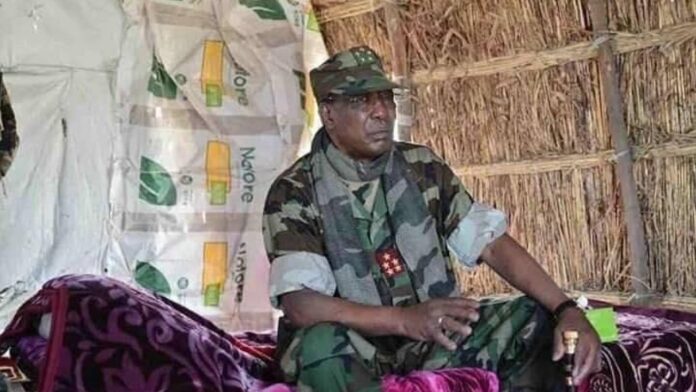 The sudden death of long-term Chadian President and three-decade strongman, Idriss Deby, allegedly in the hands of rebel forces at a battlefield in one of the fronts north of the arid North African State was casually announced to the shock of regional and global publics on Monday, 19 April 2021.

The killing and the hazy circumstances added confusion to the shock of a death that is rare in the 20th and 21st centuries.

Not since the Napoleonic Wars have Heads of State paid the supreme sacrifice as commander-in-chief of their armed forces. But if there was a candidate fit for the throwback to the era of living and dying by the sword or bullet, Deby was sure one.

Even at that, the storyline adopted for Deby’s killing made many defense analysts and security experts on Chad recoil. Diplomatic dispatches from foreign missions on the ground in the country did not lend credence to the initial story.

Our correspondent in Ndjamena said the actions of the military high command in the immediate aftermath of the killing of the late dictator on the cusp of his ‘election victory’ for the sixth term has not quieted concerns and suggest there is more unknown and truths yet undisclosed about the targeted killing of President Deby under the dusty clouds of the Chadian desert until this morning. 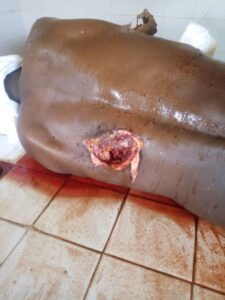 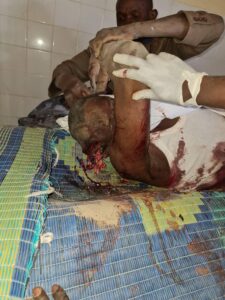 When images and information emerging from the secret autopsy conducted on the remains of the warrior leader filtered into the various headquarters of intelligence agencies in foreign capitals by Tuesday, April 20, 2021, it became clear that new narratives have to be spun, as the initial battlefield combat death storyline is evaporating faster than misty drops of water in the Chadian Sun.

According to our correspondent, medics and official government coroners present at the autopsy took extensive examinations of the remains of the slain leader and recorded videos and still visuals for the records. The official reports of their findings are being awaited but may never be published.

However, our confidential sources present at the autopsy who also possess the actual autopsy photos, reveal that visual forensic analyses of the images inset, show the killing blow to be what is clearly an exit wound due to the size and the “spewing out of skin and muscle tissues”.

“It is an exit wound because, entry wounds are small and tend to have clothing, skin, bones, and muscle tissues pushed inwards by the penetrating projectile. The size of the wound is also indicative of someone shot either at very close range with a small calibre weapon (pistol) or a high calibre rifle at short range,” a medical expert said after examining the images.

Another diplomatic source in Ndjamena who has seen the photos and listened in on the happenings immediately before and after the killing opines that in “either of the two scenarios above, enemy action is ruled out, as the former President couldn’t have been in such close proximity to the rebels”.

This, therefore, leaves only one possible option; he was most probably shot by someone in his entourage since he had no reason to shoot himself (except if it was accidental) after having just won a sixth term in office.

“This is an assassination and not a coup, as no plans were in place to take over the reins of power,” a military expert said.

A defense analyst, who left Chad after a short meeting with Deby shortly before the president met his fatal end, told KaftanPost that the forensic analysis corroborates information from some of his anonymous and somewhat unauthorised palace sources.

Meanwhile, the official Chadian sources and mainstream western media are yet to come up with any verified narrative on what happened to the late President. Whatever that may be, it would likely not be too far from what the forensic facts above have determined, our source said.

What is clear so far, however, is that Deby, the ‘Lion of the Chadian desert wars’ has indeed been felled by the bullets and his remains are shown in the images inset in this story.

Evidence on hand now suggests that there might be many today on the Chadian soil who would look in your direction if you called out: Brutus! Brutus! Brutus! 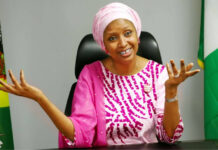 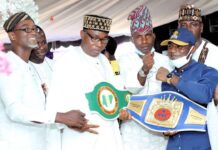