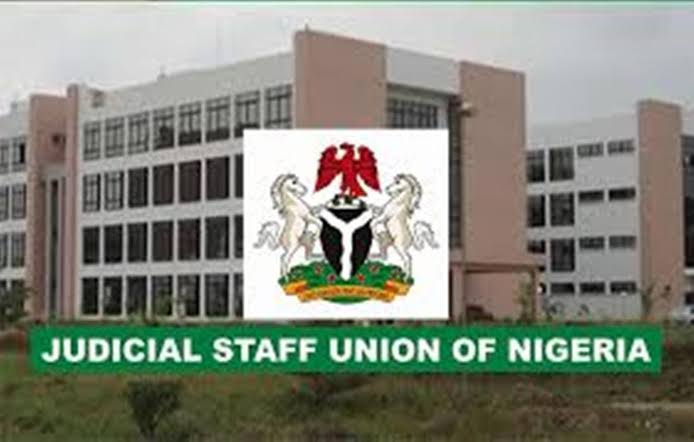 The Judiciary Staff Union of Nigeria (JUSUN) has suspended its over two-month strike, effective from Monday.

JUSUN took the decision at its National Executive Council (NEC) meeting which just ended on Wednesday, in Abuja.

The National Judicial Council (NJC) had, at a meeting with JUSUN leaders on Tuesday, with the Chief Justice of Nigeria (CJN), Justice Ibrahim Muhammad, in attendance, urged the striking court workers to put an end to the industrial action in the interest of the country and the suffering court users.

In the same vein, the Academic Staff Union of Polytechnics on Wednesday announced the suspension of its strike after sixty-five days of staying away from the classrooms.

The union’s National Secretary, Abdullahi Yalwa, disclosed this in a statement on Wednesday titled, ‘Suspension of the national strike of the Academic Staff Union of Polytechnics.’

Yalwa said the decision was based on the fact that federal government has started the gradual implementation of the items contained in the Memorandum of Action they signed.

“The suspension is for a period of three months to enable the government compile the execution of the items contained in the Memorandum of Action signed with the union since April 27, 2021,” the statement read.

The union, in the statement, noted that the Ministry of Education had re-constituted and inaugurated governing councils and visitation panels in Nigerian federal polytechnics.

The statement added, “We also acknowledge the recent passage of the bill for removal of the dichotomy against HND holders in the country.

“In reaching the decision to suspend the strike, our union took into cognizance the appeals made by the government, revered traditional stools in the country, members of the National Assembly, Chairmen of Governing Councils of Federal Polytechnics and indeed members of the public who showed varied interests in the matter.

“It is the expectation of our union that the suspension of this action will provide an enabling environment for the government to fulfil other aspects of the memorandum of action and afford the government an opportunity to reverse its trust deficit within our sector.

“We equally appreciate the different layers of intervention by critical stakeholder groups in the sector within the period.”