The Lagos State Traffic Management Authority (LASTMA) on Friday vowed to sanction erring officers of the authority following series of complaints from the motoring public.

Comptroller Isaac Adetimiro, the Deputy General Manager of LASTMA, said in a statement in Lagos that the management was intensifying efforts to ensure that officers portray the image of the authority well.

Adetimiro said in the statement signed by Mr Olumide Filade, Assistant Director, Public Affairs of the Authority that the management had intensified efforts in the monitoring and sanctioning erring officers due to the numerous complaints it was receiving from the public.
He recalled that earlier in the year, two LASTMA officers were summoned and disciplined because of misdemeanour of extorting a motorist who committed a traffic offence.
Adetimiro said that LASTMA had continued to receive complaints and some were redressed either administratively or through the traffic mobile courts in favour of genuine complainants who had evidence.
“No culprit will escape the sanction of the authority as three officers have already been reprimanded for extortion.
“Several complaints involving about 20 LASTMA officers on extortion and high handedness had been received,” the LASTMA boss said.
He said that the management of the organisation has concluded preliminary investigation on three officers on extortion and had been been reprimanded.
Adetimiro said that the three officers were awaiting further sanction through a disciplinary committee called Personnel Management Board.
“This is according to the extant laws of the public service rules. The other 17 officers’ misdemeanours are under serious investigation for culpability.
“We will continue to look inward in eradicating these misdemeanours by increasing our monitoring and surveillance on officers at their duty posts.
“This is to ensure that they are civil to the populace as well as eschew corruption in the discharge of their duties,” Adetimiro added.
He, however, urged road users to obey traffic rules and regulations at all times to avoid incessant traffic gridlock on roads.
Adetimiroo said that bad driving, street trading, pedestrians crossing in unauthorised places, illegal parking and waiting were factors that had compounded traffic situation in the state.
He said that the majority of LASTMA officers were still diligent and upright in the discharge of their duties.
Adetimiro advised road users to be law abiding or be ready to face the full wrath of the law if caught flouting traffic regulations.
The LASTMA boss said that the following hot-lines were available to the public for general complaints: Complaints (08129928503), Provost (08129928469), Surveillance (08129928490) and General Manager (08129928550).
He said that the public could also follow the authority on social media such as Twitter -@followlastma, Facebook-@Ekolastma and Instagram-@Eko_lastma. 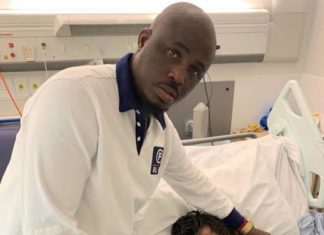