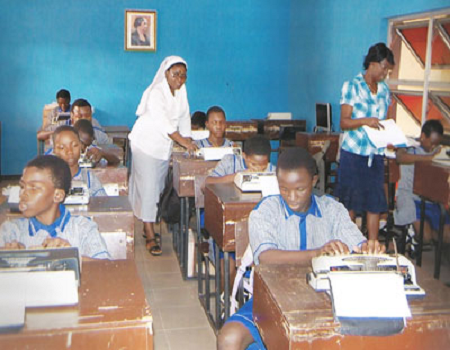 Alhaji Suleiman Wakili, member, Kaduna State House of Assembly, on
Wednesday advocated for free education for blind persons in the State.
Wakili, stated this at the 14th edition of distribution of blind-related education
materials by the Nigerian Association for the Blind, Zaria Local Government
chapter held at Zaria Local Government Education Department.
News Agency of Nigeria (NAN) reports that the items distributed included;
Braille materials, typewriters, writing frames, Starlus, Braille papers, blind
textbooks and talking walking watches.
The occasion also featured presentation of WAEC, NECO and JAMB
registration fees, distribution of food items to widows and presentation of
awards to the patrons.
The lawmaker promised to present the issue before the State Assembly and
follow it up so that the request could see the light of the day.
“I never thought of that until when it was presented, that is why it is good to
be attending this kind of gathering.
“I will advise that you should formally write to the house so that in my
position as a member I can follow it up.
“Sometime we blame government for certain things but in most cases
government is not aware of the problem talk-less of providing a solution to it.
“Actually, it is good for representatives of people to be associating with those
they represent in order to know their problems and evolve means of solving
such problems.
“Apart from taking this issue to the State Assembly, I would personally go and
see the Executive Governor of the State, Malam Nasiru el-Rufai and intimate
him on the issue,” he assured.
In his speech, the Chairman, Nigerian Association for the Blind, Kaduna State
chapter, Malam Salisu Abubakar recalled that Gov. el-Rufai had promised not
to retrench those with disability.
He, however, pointed out that the retrenchment had affected some of their
members, while others did not receive retrenchment letters yet their salaries
were stopped.

“In my capacity as the State Chairman, I want to plead with the lawmaker to
extend our complaints to the governor to remind him about his promise so
that our members can be reconsidered.
“I could recall that some of our members were invited for screening from
across the state, some of them had to borrow money to meet up but up to now
they are yet to be screened.
“I want the governor to investigate this issue, maybe it was done without his
consent.
“I also want to appeal to the governor to pay-off those who are due for
retirement for them to settle down,” he pleaded.
The association’s Chairman, Zaria chapter, Malam Dalhatu Jibril appreciated
traditional institutions, well-meaning Nigerians and the media for their
support, encouragement and contribution in publicising activities of the
association through various medium.
He said the essence of the ceremony was to donate education materials to
members of the association as a source of encouragement to the younger ones.
“Apart from that, we support the aged ones among us with food items such as
macaroni, spaghetti and cuscus all with a view to supporting them and in a
way, discourage begging,” he said.
Jibril lamented that in the entire Northern states there is no university
without at least 10 blind persons studying degree courses except in Kaduna
State.
“This is because, the blind persons cannot afford to pay the tuition fees and we
are saddened by the fact that we pay WAEC and NECO ourselves without any
assistance from government.
“Some states in the North-West are paying WAEC and NECO fees for normal
persons talk less of blind persons, but here in Kaduna State we have to
struggle and pay for ourselves just like any other normal human being, else we
quit the school,” he said.
The chairman appealed for alternative special education school for their
members to study in view of the fact that the state government had scrapped
JSS in Alhudahuda Secondary School Zaria.
“We don’t want a situation where blind children will have no place to study in
the entire state, with the scrapping of JSS in Alhudahuda, our members have
to travel to neighbouring states to be educated, this is very sad for all of us.” 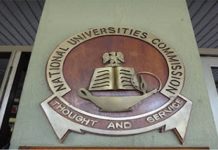 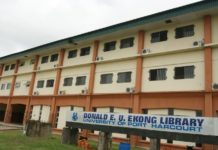