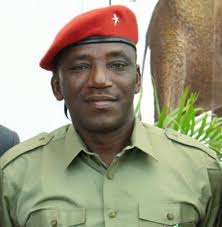 Leadership as a concept is an integral component of governance, which determines the civilization of a society. It is the parameters upon which development is assessed using requisite scientific indices of evaluation. The leader is the mirror upon which the image of the society is defined. Therefore, every action of any element in governance structure is considered the will of leadership. When things are going fine, leadership takes the glory, so also when the going is bad it should take responsibility. The fundamental principles of responsibilities is that the buck ends at the table of the leader. Understanding these is key to the chemistry of good leadership which has direct correlation with the response stimulus of the people.

The history of successful leadership including Prophets sent by God to His people was based on how they touched the lives of common people. The impact of leadership on the lives of the poor is the barometer to feel the mind of God. The socio-economic background of all the Prophets were humble, chosen amongst the common people, but projected to establish where the mind of the Most High resides. A leader is a representative of God on earth, he must be an embodiments of love, peace, equity and justice to all manner of people under him. He should bear in mind that he shall be accountable for his actions if not now but thereafter. This is the burden of leadership hanging as sword of Damocles on the necks of all those occupying positions of leadership.

Despite all these, the challenges of contemporary leadership especially in democratic traditions has been a subject of blame game. While some people abdicated responsibilities to some amorphous power cult operating within the system as de facto leadership many maintained the theory of “the buck ending on the table” of the de jure leadership. Either way you consider these arguments, the fact still remains that harmonious relationship driven by loyalty is necessary for good leadership. A leader requires loyal and patriotic aides who has the interests of the society to assist in governance especially in a presidential democracy where the oxygen of communication is at the mercy of aides. The loyalty of the aides should be unquestionably to the leader to the extent that justice is the lubricant driving the wheels of governance. They must be courageous enough to guide leadership whenever the occasion demands no matter whose oars is gored. Aides are the conscience of the leadership, therefore as Ceaser’s wife they must live above board.

A classical illustration of the role of aides in determining good leadership was during the first republic in Northern Region. The then Premier was scheduled to travel with the aircraft on official assignment to one of the Provinces. Every arrangements has been concluded for the trip, suddenly, the Principal Private Secretary to the Premier, Chief Sunday Awoniyi received a report that a senior government official from Kaba Province was critically ill, he needed to be urgently evaluated to London for medical attention. The PPS deployed his discretion by releasing the only aircraft for the emergency in Kaba Province, then arranged vehicles for Sir Ahmadu to travel by road. Chief Awoniyi then approached his boss and explained the change in logistics which he approved graciously. Sarduna travelled by road, on return, he was informed that the senior official was evacuated but passed on enroute London.

The following day, Sir Ahmadu Bello went to the office of Chief Sunday Awoniyi to appreciate him for the decision he took which also saved his name, image and integrity. According to Sarduana, “if you have not taken this bold and good decision and I used the aircraft while the official was evacuated by road, then he passed on the way, the people would have said, had it been he was evacuated by air he would have still be alive. I would have been seen in the eyes of many as an in-compassionate leader, while others would have read my actions from religious perspectives because the deceased was a Christian”. He also commiserated with Chief Awoniyi on the death of the deceased who was also from the same Province with him. The Premier then left back to his office.

In our own clime, the success and failures of leadership resides squarely on the nature of aides. The multicultural nature of our society ought to be strength but ironically it’s the contrary because trust is an uncommon commodity. The scared nature of trust has evolved nepotistic traditions which is the bane of leadership. Those trusted by leadership considered themselves as Lords who pursued personal and myopic interests contrary to the principles of appointing authority. They suffocated oxygen of communication to cover the track of their actions. By these leadership is isolated from the people, while ego massaging of these over ambitious elements within the corridors of power becomes a religion. Sometimes they boastfully demean leadership with words like “without us, you cannot access leadership”. All manner of evil is perpetuated in the name of the leader because the gate keepers has sacrificed loyalty and patriotism for personal greed.

Leadership in Nigeria is challenging because it can transform an angel into a devil with a short period. Therefore, if you must succeed in leadership, your choice of the members of your kitchen cabinet is critical. Secondly, you must develop a close monitoring mechanism to follow up issues, otherwise a different leadership agenda will be set for you. Thirdly in appointing those you can work with disregard all mundane considerations like ethnicity, religion or partisan affiliation but consider loyalty, patriotism and nationalism. Lastly, remember that the buck ends on your table, because you shall be responsible for the acts and omissions of your aides because they were not elected.

I don’t envy President Muhammadu Buhari because Nigeria’s situation is like inviting an angel to dance in the mud and expect him to escape without stain. May God help the Daura born General and the anti corruption czar, amen.
Juma’at Mubaraka.