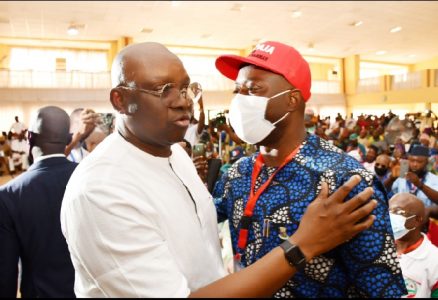 This comes almost three days after it was widely reported that the duo have sheathed their swords and agreed to work together for the progress of the People’s Democratic Party in the South-West.

Fayose even acknowledged that Makinde is his leader in the PDP after months of supremacy battle that fractionalised the party.

The purported truce may, however, be unsustainable as Fayose has said Makinde’s demeanour is at odds with his personality.

The former governor was shown a video where some thugs were threatening to kill him at the just concluded PDP’s Southwest zonal congress in Osogbo, Osun State and was asked to comment on what the development meant for the PDP.

Fayose alleged that the plan of the people in the video was to kill him while leaving the congress venue.

He identified the spokesman of the PDP thugs to be a transport union chairman from Oyo State, saying they were sponsored by Makinde to threaten him.

He said this was enough to show the world that if such characters were supporting Makinde, it showed the kind of people behind him.

“What this gentleman was saying at a time before they came to the venue, they said Fayose, we will kill you, we are waiting for you here, we are going to kill you.

“This is the chairman of the Road Transport Workers in Oyo State. These people came with governor Makinde’s convoy. Everybody knows, who is this man? Is he the road transport worker in Ekiti?

“Governor Makinde, he looks quiet but deadly. Parading these people to wait for me there, they are over a thousand and they were saying they would cut my neck if I dare come to the congress and that was why I made up my mind that I must attend that congress. Even if I die there, I die, so I attended the congress, by the time I got there, they fled.

“So, I don’t think that this is right for Nigeria, it is not right for our party and is condemnable. If anybody wants to do election and you parade 200 buses of thugs, it is sad.” 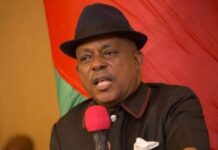 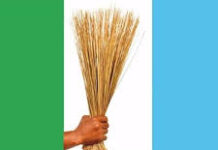 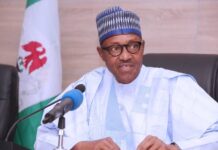