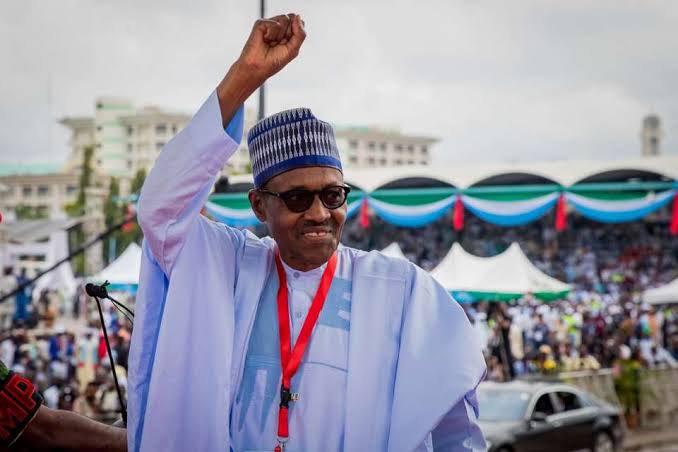 Buhari assumed office on a tide of national goodwill on May 29, 2015. Under pressure from stratospheric expectations, he was burdened with lofty campaign promises. Nigerians were glad to see the back of his controversial predecessor, Goodluck Jonathan, whose most significant act in office was to concede defeat.

Jonathan earned the dubious distinction of being the first president in history to lose an election. In many ways, he was the architect of his own downfall with critical slips that turned the public and allies against him. From three multibillion-dollar government oil-corruption scandals, staggering PR gaffes to a wave of cold-blooded killings by Boko Haram Islamist militants holding almost 300 schoolgirls, Nigerians were fed up.

Buhari’s ascetic demeanour, quite atypical of the venality often associated with political elites, endeared him as the candidate to tackle the violent insurgency in the North, the predatory corruption and the looming economic crisis after the collapse of global oil prices in July 2014. Armed with a broom, he seemed poised to sweep Nigerians off their feet.

In his first speech, Buhari told cheering crowds at the Eagles Square, “I belong to everybody and I belong to nobody”.

He also vowed to tackle “head-on” the issues of corruption and the insurgency from militant Islamist group Boko Haram. He described the terrorists as “a mindless, godless group, who are as far away from Islam as one can think”.

Six years on, however, the president appears overwhelmed by massive expectations. While the Presidency brags that their much-acclaimed ‘Messiah’ has done wonders, facts show otherwise. Buhari has broken some of his promises. At least for now. Here are six of such.

Buhari assumed office on the heels of the abduction of hundreds of schoolgirls from Chibok in Borno state by Boko Haram. When he promised to fix the pervading insecurity, very few people doubted his ability, given his military track record. Some, though, dismissed it as campaign sloganeering.

Shortly after he was sworn in, Buhari relocated the military command from Abuja to Maiduguri. The military made some significant gains, recovering lost territories. But the honeymoon did not last long. Boko Haram regrouped and carried out vicious attacks, overrunning military bases and killing security operatives. However, this challenge has since spread beyond the North-East.

In the North-West, there are now criminal gangs carrying out mass kidnapping. Herder-farmer clashes have erupted across some central states, leading to the killing of hundreds and displacement of thousands. Then there is the new trend of separatists targeting security forces in the South-East.

Nigerians still recall when Buhari said, “I will urgently secure the territorial integrity of the nation. I will never leave the defence of the nation in the hands of Hunters, Children, and Civilian JTF”.

In Article 7(ii) of the April 2014 APC Constitution (as amended), its Aims and Objectives were: “To promote true federalism in the Federal Republic of Nigeria.” In the foreword to its vision for a New Nigeria (Page 3, second paragraph), the APC Manifesto commits the party to “implement efficient public financial management strategies and ensure true federalism” as well as “restructure governance in a way that kick starts our political economy so that we begin to walk the path of our better future.”

Also, on page 7 of its Manifesto, the party entered what is referred to as an “Honest Contract” with Nigeria to create federalism with “more equitable distribution of national revenue to the states and local governments because this is where grassroots democracy and economic development must be established.”

Several promises were contained not only in the APC Manifesto but in other campaign documents. However, it now appears the Buhari-led government sold a dummy to Nigerians. The call for restructuring has fallen on deaf ears.

Before taking office, Buhari campaigned on a promise of delivering annual economic growth. He said I will “make our economy one of the fastest-growing emerging economies in the world with a real GDP growth averaging at least 10-12% annually”. He added that “as at 1999, Nigerian rate of unemployment stood at about 8%, today it is estimated from official statistics to be close to 30%”.

But the realities of global oil markets collided with that pledge. Africa’s top oil producer like many petroleum-rich states has failed to sufficiently diversify its economy to guard against price shocks. When oil prices started to plunge in 2014, Nigeria was ill-prepared for the blow to its finances. Attacks by armed groups on oil facilities further exacerbated the pain by lowering output. By 2016 the country had slipped into a deep recession that lasted more than a year with an inflation rate of 15.7%. As of April, Nigeria’s inflation reached 18.4%.

Unemployment has surged since 2015, while per capita incomes adjusted for inflation have fallen. According to the Presidential Economic Advisory Council, the country’s unemployment is now at 33.3% more than it was in 2015. It said food prices increases by 23 %. According to World Poverty Clock, roughly half the population – some 87 million people – lives on less than $1.90 a day.

In January, Nigeria was ranked 149th out of 180 nations surveyed when Transparency International released its 2020 Corruption Perception Index. It is the country’s worst rating since Buhari, who is famed for his ‘untainted integrity’ took charge in 2015. At the end of 2019 when he got a second term, the nation dropped to 146.

While the Buhari government has described the rating “as senseless and baseless”, data from the National Bureau of Statistics unveils the experiences of corruption by Nigerians when they encounter public officials. The data on public encounters with corruption confirms that corruption remains a major problem.

Buhari’s anti-corruption fight rests on a tripod: implementation of Treasury Single Account, Biometric Verification Number (BVN) and ‘Whistle Blowing’ policy. But issues like the politicisation of the anti-corruption fight and the refusal to investigate accusations have cast doubt on the fight.

The Civil Society Legislative Advocacy Centre (CISLAC), a subsidiary of Transparency International, accused the Buhari-lead administration of a lack of transparency in the recovery of stolen assets. This is evident in the Ibori loot where senior government officials have contradicted one another.

Before his emergence, Buhari had promised to “consult and amend the Constitution to enable States and Local Governments to create a city, Local government and State Policing systems, base on the resources available at each level, to address the peculiar needs of each community”.

He further pledged to “therefore work with the National Assembly to set and revised, when needed, boundaries of operations, for Federal, State, and Local government policing units, through new Criminal Justice legislation to replace the Criminal Code, the Penal Code and the Police Act”.

The president suddenly took a different twist in 2018. When asked about the same subject, he said ” I am not convinced. We should have solved the current insecurity in the northeast and South-south by now. Can the states be able to shoulder the burden of the police?

You cannot just give someone guns and ammunition, train him and refuse to pay him, you know what will eventually happen”. Today, governors from the South-West and South-East have instead turned to regional security networks for solace.

Starting from May 29, 2015, Buhari said government officials will ban medical tourism. This was in a bid to improve the country’s healthcare system. However, since then, the president alone has embarked on 12 trips, spending over 200 days. In comparison, millions of Nigerians do not have access to healthcare and have no form of health insurance cover.

In 2017, Nigeria Health Watch and NOI Polls conducted a survey on emigration of Nigerian medical doctors. More than 700 doctors in and outside of Nigeria were interviewed. The result showed that 88% of respondents were seeking work opportunities abroad.

Low work satisfaction (92%), and poor salaries and emoluments (91%) were mentioned as challenges doctors face that make them consider moving abroad. Other reasons for emigration by Nigerian doctors were better facilities and work environment; higher remuneration; career progression and professional advancement as well as better quality of life. Nigeria Health Watch and NOI Polls surveyed the emigration of Nigerian medical doctors. More than 700 doctors in and outside of Nigeria were interviewed. The result showed that 88% of respondents were seeking work opportunities abroad. 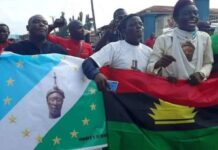 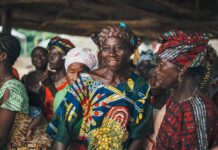 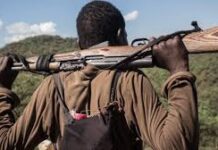