The clock is gradually ticking away into the politicking stages ahead of the 2023 general elections. Pundits argue that the race to picking up available public offices may not come without huge socio-political prices.

While the Independent National Electoral Commission (INEC) gears up for the onerous task ahead, the question remains: What are Nigerians looking for in their leaders? How productive have preceding leaders been? What should a credible President possess? Where did Nigeria miss opportunities and how can they be remedied?

These mind boggling questions may not be farfetched as the validity of the ballot boxes may fade away with the current political status quo. The biting hardship prevalent in Nigeria has led many, like the biblical Jacob and Esau, sold their birthrights to peanuts from the pockets of politicians in the name of political thuggery and blackmails.

While the level of dissatisfaction on leadership and objectivity heightens, one will be tempted to ask: Is there a common denominator in the political space? What is the permutation of the moment and where is it tilting towards? Who party does the odd favor? How do we disentangle the country from the traps of backwardness amidst plenty of natural and human resources?

In the third republic specifically in 1993, Nigeria’s socio-political emancipation, many argue, was botched through the annulment of the elections that saw the victory of Moshood Kashimawo Abiola under the umbrella of the Social Democratic Party as the winner of the most free and fair poll in the country’s history. That move by the then military Head of State, General Babangida has continued to hunt the country.

WHERE WE ARE COMING FROM

Now, let’s take a peep into the history. Commonly known as SDP, the party was created alongside the National Republican Convention by former military President Ibrahim Babangida with the objective of forming two detribalized political parties – one slightly to the left and one to the right.

This party quickly gained wide acceptance as it represented a vision to be driven by young radical intellectuals and socialists. Its manifesto centered on boosting the welfare of Nigerians and to improve welfare and to fight for social justice.

The excitement that trailed that day was priceless as it was a day to clearly define the immediate and remote yearnings of Nigerians and the solutions. On that day, an estimated 14 million Nigerians – irrespective of ethnic, religious, class, and regional affiliations, (in a period when religious acrimony and tension had reached its zenith) – defied bad weather to elect their president with the hope of ending many years of military dictatorship.

The euphoria was short-lived, however. The results of the election were never released. But unofficial results gathered through the various polling stations by civil society groups across the country indicated broad national support for the presidential candidate of the Social Democratic Party, Chief Moshood Kashimawo Olawale Abiola.

The introduced Option A4 system glaringly drew a contrast against the opposition party’s Bashir Tofa. The unending queues, the mix of tribes and tongues for the agbada wearing Yoruba politician who clearly showed Nigeria the password of a return to bountiful economy.

After the polls with expected announcement of the victory, the results of the election were never released. But unofficial results gathered through the various polling stations by civil society groups across the country massively voted for SPD’S Moshood Kashimawo Olawale Abiola.

This stolen mandate has dealt a heavy blow to the succeeding political space of the country as election violence, incompetence, ethnocentric undertones, rigging and all sorts of post-election dissatisfaction.

THE NEW DRIVE: THE QUEST FOR YOUNG AND YOUTHFUL LEADERS

Nigerians woke up to the mantra ‘Not Too Young To Run’. This is an act of parliament which sought to reduce the age limit for running for elective office in Nigeria. The campaign started in support of bills and motions in Nigeria’s National Assembly sponsored by the Tony Nwulu in the House of Representatives and AbdulAziz Nyako in the Senate.

The president signed the bill oinside the Council Chamber of State House Presidential Villa, in the presence of selected invited youth from across the county.

The president had told his audience comprising representatives of young persons from the 36 states and Abuja that “You can aspire for President but Please postpone your campaign till after 2019 election.”

He disclosed in his Democracy Day speech which aired on Tuesday at “In few days to come, I will be joined by many promising young Nigerians to sign into law the “Not Too Young to Run” Bill.”

The new law is aimed at relaxing some of the stringent and discriminatory provisions of the constitution. The bill was passed by the National Assembly last year to alter Sections 65, 106, 131, 177 of the constitution. It was to reduce the age qualification for president from 40 to 30; governor from 35 to 30; senator from 35 to 30; House of Representatives membership from 30 to 25 and State House of Assembly membership from 30 to 25.

The president, however, said in the bill presented to him for assent, there was no reduction in the age requirement for the office of senators and governors, indicating that age would still be left at 35.
He said he hoped it will be looked after eventually. Lawmakers also approved independent candidature in the new law. It was part of a wider constitutional amendment process which the National Assembly carried out last year.

Since its passage in July 2017 by the National Assembly, about 25 states, representing more than two-thirds of the country’s 36 states, had adopted the bill as at March ending.

This coincided with the #endSARS protest with many saying the emergence of a young person with fresh ideas towards creating a breath of fresh air.

The emergence of Prince Adewole Adebayo as the Presidential Candidate may not be coincidental but represent the true picture of the vision of the Social Democratic Party and its drive towards a new Nigeria which MKO stood for.

Like Adebayo, Abiola was a publisher, businessman, politician and aristocrat of Egba origin who became wealthy from his investments including enterprises, communication, oil and gas.

Let’s take a walk into the man on the podium. 5O year old Adewole Adebayo is a Nigerian Lawyer and founder of KAFTAN TV. He was born in Ondo City, Ondo State, on January 8, 1972. Between 1978 and 1983, he attended St. Stephen Primary School in Ondo.

From 1983 to 1989, he attended St. Joseph College in Ondo. From 1991 to 1997, he attended Obafemi Awolowo University, where he earned a law degree. He was admitted to the Nigerian Bar in 2000 after graduating from the Nigerian Law School in Lagos and passing his bar exams.

Adewole Adebayo began his legal career as a litigation lawyer at Tunji Abayomi and Co in Lagos, Nigeria. After two years of legal practice, he founded his own law firm, Adewole Adebayo & Co., House of Law, in 2002.

One of the cases handled by his law firm in Nigeria was the case between Femi Falana and the Federal Government, in which Femi Falana (SAN) contested the constitutionality of the contract between the Ministry of Interior, the Nigeria Immigration Service, and Continental Transfer Technique Limited for the collection of Combined Expatriate and Residence Permit Aliens Card (CERPAC) fees. Adebayo represented Continental Transfert Technique Limited in the case.

Adebayo sponsors nearly 2,000 young Nigerians in Nigerian and foreign tertiary institutions, in addition to numerous people he has financially empowered across the country.

Adebayo is a public affairs commentator who provides advice on national issues on occasion mand participates in Nigerian politics as a member of the Third Force.

On January 15, 2022, Adewole Adebayo declared his intention to run for the office of the Nigerian president. According to him, he will run under a coalition of political parties.

At the moment, many are optimistic that away from the shackles of godfathering plaguing the political space, the detrimental application of political wands which have metamorphosed into the current gloom Nigeria is currently facing.

Adewole Adebayo is the hope for a new Nigeria with new ideas and technocratic competence and drive to the zenith among the league of nations. 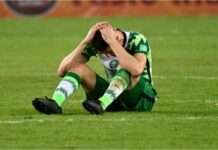 How Nigeria’s World Cup absence will affect business in Qatar 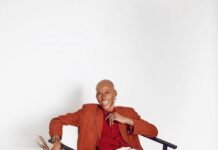 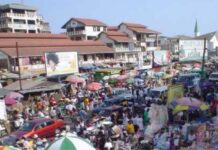