Communities in the polluted regions of the country have been informed of their right to take legal actions against Shell in the English Courts. The BBC reports.

This was contained in a Supreme Court ruling which knocked of a previous ruling by an appeal court thereby bringing the affected communities closer to justice on the huge impacts of the oil pollutions on their ecosystem and means of livelihood after five years of legal tussle.

The judgement by the Supreme Court, which is UK’s final appeal court for civil cases, ruled that the cases brought by the Bille community and the Ogale people of Ogoniland against Royal Dutch Shell were arguable and could proceed in the English courts.

The case against Shell has been on perpetual damage to lives, health and means of survival as fishing, which is their main occupation, almost went extinct from years of polluted waters.

In their defence, Shell argued that it was only a holding company for a firm that should be judged under Nigerian law.

Although it did not dispute that pollution occurred, it said that it could not be held legally liable for its Nigerian subsidiary.

The law firm, Leigh Day, which represented the communities, argued that Shell owed a common law duty of care to individuals who had suffered serious harm as a result of the systemic health, safety and environmental hazards caused by one of its overseas subsidiaries.

This is coming barely a few weeks after a Dutch court had ruled in a case brought by some Nigerian farmers and backed the Netherland arm of environment group, Friends of the Earth, that Shell was liable to pay the farmers in the Niger Delta compensation for oil spillage in their communities.

The Director of Amnesty International’s Global Issues Programme, Mark Dummet, while welcoming the ruling said the fight had not yet been won.

He added, ‘’This landmark ruling could spell the end of a long chapter of impunity for Shell and for other multinationals who commit human rights abuses overseas.’’

Note that this is the latest in a series of litigations that Shell is faced with over the operations of its Nigerian subsidiary.

A Dutch court had ruled that Shell’s Nigerian subsidiary was responsible for damages caused by leaks in the Niger Delta and ordered it to pay compensation to Nigerian farmers, although the amount is yet to be announced.

In 2012, members of the Bodo community filed a lawsuit against Shell in a London High Court, seeking compensation for two Oil spills. Shell, in 2015, accepted responsibility for the spill and agreed to a £55 million ($76 million) out-of-court settlement and to assist in the cleanup.

Also in 2006, a Nigerian court ordered Shell and its partners to pay $1.5 billion compensation to the Ijaw people of Bayelsa State for environmental degradation in the area. 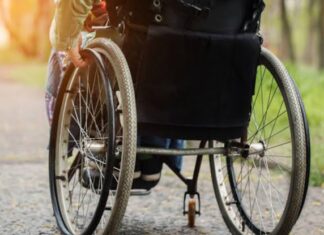 Francis Ogwo - February 24, 2021
0
Persons living with disabilities must not be discriminated against and must be given their rights and support. This order was given by Aviation Minister, Hadi...