The economy of Nigeria’s bounced back in the fourth quarter of last year (Q4’20) as the nation’s Gross Domestic Product (GDP) grew year-on-year by 0.11 percent, with aggregate GDP at N43.5trillion.

This figure represents the first positive growth in the last three quarters of 2020 where GDP stood at 1.87 percent, -6.10 percent and -3.6 percent respectively. The economy however contracted by 1.92 percent for the full year 2020.

Reports say the non-oil sector was responsible for the return to positive GDP growth as it recorded 1.69% growth in Q4 2020, as against 2.51 contraction recorded in Q3’2020.

The National Bureau of Statistics (NBS) had n its GDP Report (Q4’20) released on Thursday stated that the positive growth reflected the gradual return of economic activities in the country, following the easing of restricted movements and limited local and international commercial activities in the preceding quarters of the reviewed period.

According to the report: “Nigeria’s GDP grew by 0.11 percent (y/yr) in real terms in the fourth quarter of 2020, representing the first positive quarterly growth in the last three quarters.

“Though weak, the positive growth reflects the gradual return of economic activities following the easing of restricted movements and limited local and international commercial activities in the preceding quarters.

“In the quarter under review, aggregate GDP stood at N43.5 trillion in nominal terms. This performance is higher when compared to the fourth quarter of 2019 which recorded a GDP aggregate of N39.5 trillion, representing a y/y nominal growth rate of 10.07 percent.

“This growth rate was lower relative to growth recorded in the fourth quarter of 2019 by –2.26 percent points but higher than the preceding quarter by 6.7 percentage points with growth rates recorded at 12.3 percent and 3.4 percent respectively.

NBS reveals rise in food inflation to 20.5% in January 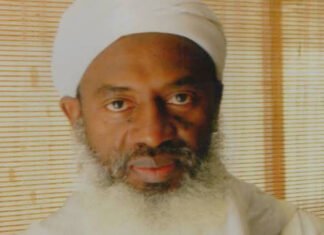 KAFTANPost - February 19, 2021
0
By Aiyeku Timothy Sheikh Gumi has reportedly visited Tagina forest where he met with bandits group leader, Dogo Gide, and his fighters on Thursday. His conversation...

Nigerians in Texas scream, ‘Up NEPA’ as electricity is restored

Market value of Crypto reaches record high of $1.68 trillion as...

Nigerians in Texas scream, ‘Up NEPA’ as electricity is restored