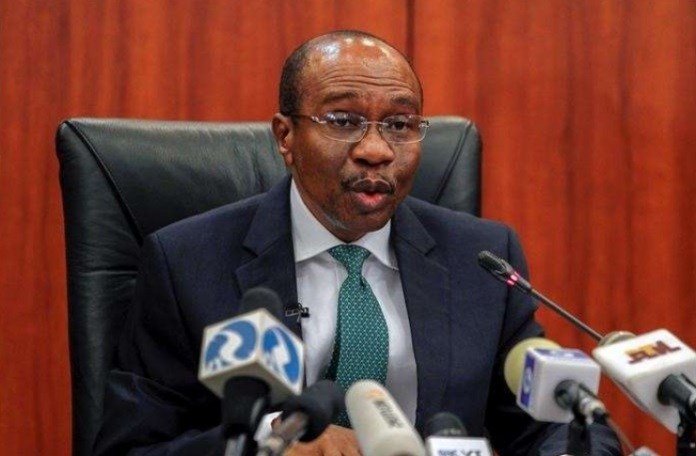 Dangote Refinery, under construction, has been tipped by the Governor of the Central Bank of Nigeria (CBN), Mr. Godwin Emefiele, to have a potential of saving the country about $3billion worth of import annually through foreign exchange savings and exports.

The CBN Boss disclosed this on Friday during an inspection tour of the multibillion Dangote petrochemical and fertiliser plants complex in Lagos.

According to Emefiele, this is in addition to the about $1.5billion to $2 billion that the nation would also save through urea exports from the Dangote Group fertilizer plant.

The CBN Governor, who confirmed that the fertiliser plant has started production, also revealed that the petrochemical refinery is expected to commence production by the end of the first quarter of next year.

Emefiele was accompanied on the tour by the Chief Executive Officers (CEOs) of Access Bank, Zenith Bank, GTBank, UBA and FirstBank Nigeria Ltd, accompanied the CBN Governor on the tour, which was led by the President of the Dangote Group, Aliko Dangote.
The CBN Boss said: “From the last data that we have, importation of petroleum products makes about 25% of dollar value of our annual import. That is for petroleum.

“By the time we talk about fertiliser which is another high import product, plus wheat, milk and all the rest, it means that a lot of money is being spent.

“Imagine if this refinery comes to life hopefully by the first quarter of next year, where we have propylene, polyethylene, granules and other by products from petrochemicals, we will be saving about $3billion worth of import annually.

“That is the science behind what we are doing. Reduce import and produce things that we can produce locally and consume them locally thereby promoting solid import substitution as the President usually says it, that will help this country and grow the economy.”

Emefiele, who said he felt particularly fulfilled that the take-off of the fertiliser plant coincided with his seventh year as the apex bank Governor, expressed optimism that the completion of the plant will boost the country’s agricultural sector.

“So, we have potential to export at least three million metric tonnes of urea to different parts of the world. Nigeria now ranks among the leading countries in the production of urea,” the CBN Governor said.

While reacting, Alhaji Dangote thanked President Muhammadu Buhari, the CBN Governor, as well as the banks, for supporting the project.

He said: “The urea we saw today is actually a small percentage of the gas that we have been flaring in the country. It means that we alone, just this 3 million tonnes of urea, can bring in over $1.2 billion into the country.

“We have gotten all our licenses from the National Security Adviser, from Ministry of agriculture, from SON, and also from NAFDAC and all the other agencies.

“And so our urea will hit the market from Monday and by the grace of God by the end of the month we will start bringing in dollars from the first line that we have commissioned.”

He disclosed that the Group was expecting to realise $23 billion total revenue annually from the petrochemical and fertilizer plants when they start operating at full capacity.