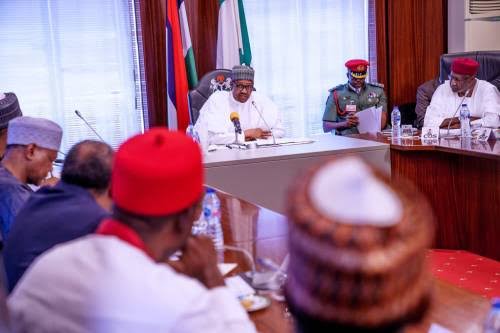 The Presidential Economic Advisory Council (PEAC) has lamented that the Naira is increasingly losing value in the hands of Nigerians.

The council, which made this known in a document released after it’s sixth regular meeting, said this is so because prices are rising faster than interest.

According to PEAC, the consequence is that “savers and investors are actually losing money by holding the Naira”.

It added that “this continues to provide an incentive for Nigerians moving money into foreign currency”.

“The need for policy clarity with regard to fuel subsidies – this will help resolve the dilemma which rising crude oil prices present.

“The worsening security environment has adversely affected food production leading to higher prices. In other economic sectors, in addition to raising costs, investment has also been delayed or cancelled.

“The need for the PIB to encourage investment in Nigeria’s Oil & Gas Sector by adopting”.

The economic council further noted that the nation exited recession in Q4 ‘20, albeit with very slim growth of 0.1%, alarming that the “rising prices of goods and services continues to be a worry”.

According to the document, “overall unemployment and youth unemployment were recorded at 33.3percent and 42.5percent at the end of 2020”.

While lamenting the rising spate of insecurity across the nation, the council urged the Federal Government to remove subsidy and adopt a pricing regime which reflects the cost of petrol.

The PEAC also noted that the Petroleum Industry Bill (PIB), when enacted, will have a profound effect beyond the oil and gas sector.

“Overall unemployment and youth unemployment were recorded at 33.3percent and 42.5percent at the end of 2020,” the document adds.

“Rising prices of goods and services continues to be a worry.

“Main drivers of rising prices include disruption to farming activities and inter-state trade as a result of worsening security conditions. In addition, the effect of depreciation in the exchange rate and the residual impact of border closure contributed to higher prices.

“As a result of the factors above, overall prices rose by 18.17percent whilst food prices increased by almost 23percent in March 2021 when compared with a year ago.”