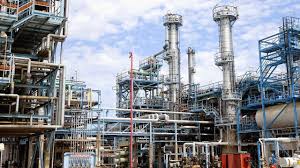 Efforts are being made by the Nigerian National Petroleum Corporation (NNPC) towards raising about $1 billion in a prepayment deal with trading firms to refurbish its largest refining complex at Port Harcourt.

This was according to a Reuters report on Thursday.

According to the report, the Port Harcourt complex which consists of two plants with a combined capacity of 210,000 bpd alongside other refineries lost some N167 billion ($439.47 million).

More details reported that seven sources were familiar with the discussions, including the spokesperson for Afreximbank and that if the financing is concluded, the long overdue rehabilitation of the refinery should reduce Nigeria’s hefty fuel import bill.

The project is also expected to mark Nigeria’s second oil-backed financing since the COVID-19 scourge that has added to the difficulty of finding investors as fuel demand is sapped by lockdowns, and renewable energy is gaining ground over fossil fuels.

“However, the borrower is yet to be determined,” a spokesman for the bank said. NNPC declined to comment.

The sources said discussions were taking place with a range of foreign and Nigerian trading houses, including some who have previously worked with Nigeria and who asked not to be named. Apart from the problems of COVID-19 and increased investor preference for carbon- free energy, defaults and fraud in commodity trading, mainly in Asia, have reduced the appetite of foreign banks for exposure to commodity trade finance.

An anonymous source at one foreign bank said it was unlikely to participate in Nigeria’s latest effort because of lower credit availability and increased reluctance to take out exposure in a high risk country.

Nigeria, Africa’s most populous country, has four refineries with a combined capacity of 445,000 barrels per day (bpd): one in Kaduna and three in Warri and Port Harcourt. In April 2020, all refineries in Nigeria were shut down pending rehabilitation. Nigeria has struggled with the poorly maintained units for decades.

Successive NNPC chiefs have announced a series of unsuccessful plans to revamp, privatise or expand the refineries. NNPC abandoned a similar attempt in 2019 to partner with oil traders, producers and engineering firms to fund refinery revamps after over a year of talks, saying it would fund the projects itself. The barely functional plants leave Nigeria completely dependent on imports and subsidy schemes also cost the country billions of dollars.

In December, NNPC opened a bid round for a contract to rehabilitate the Port Harcourt complex. NNPC GMD, Mele Kyari, also said last year that private companies would run the refineries once they were rehabilitated. In July, global energy trader Vitol and Nigerian firm Matrix backed by banks agreed to lend NNPC $1.5 billion to support its upstream arm, NPDC, although the discussions that led to the deal came before the COVID-19 and the subsequent slipping of Nigeria into recession.

I bear no grudge against Oshiomhole, says Obaseki

$15bn Dangote Refinery to buy oil from FG in Naira

Francis Ogwo - March 7, 2021
0
The demand for financial compensation by Food Sellers and Cattle Dealers Association over claims of damages to the group has been regarded as 'outrageous'...