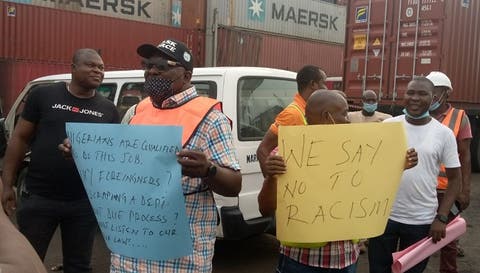 Angry dockworkers on Thursday morning blocked both the entry and exit gates of the APM Terminals (APMT), Apapa.

The dockworkers under the aegis of the Maritime Workers Union of Nigeria (MWUN) decried anti-labour activities of the Lagos container port operators.

The protesters, who were carrying placards, accused the terminal operator of abuse and breach of Nigerian content law.

Last week, the union had issued a seven-day ultimatum to the concessionaires, asking them to reverse their plans to outsource security work of the terminal to foreigners.

This followed a warning that failure to respond to the ultimatum, the operations of the terminal would be grounded.

The union, therefore, made good its threat on Thursday morning when aggrieved workers blocked all entrances to the terminal even as they turned back staff from gaining entry into the facilities.

Present at the gates of APMT were the members of the union and the executives, carrying placards with inscriptions such as “We say no to racism; “We say no to the scrapping of any department in our terminal,” among others. 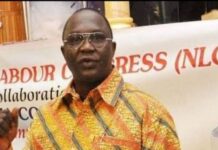 Some governors yet to pay N30,000 minimum wage, NLC says 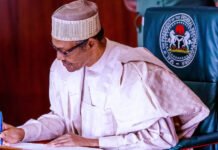 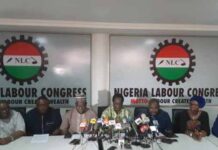