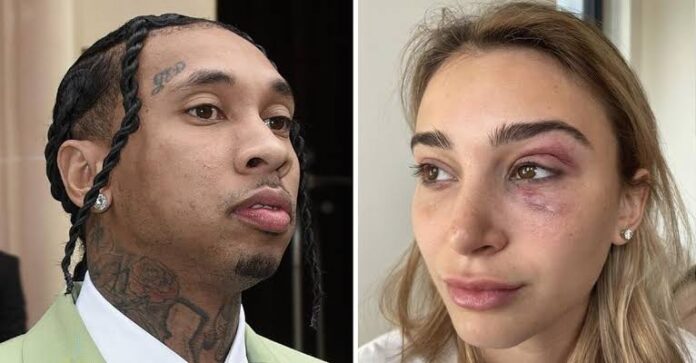 US rapper, Tyga’s ex-girlfriend, Camaryn Swanson, has opened up about suffering domestic violence from her former partner.

Camaryn made the revelation on her Instagram story showing a picture of her bruised eye, which was swollen on Tuesday morning.

Her caption read, “I’ve been emotionally, mentally, and physically abused and I’m not hiding it anymore.”

She also shared a screenshot of her chat with the rapper to clarify that she didn’t show up at his house “shouting”, but that Tyga called a car to pick her up.

“I didn’t show up screaming or uninvited when I tried to leave he physically assaulted and refused to let me leave for hours”.

“I can’t believe this is how it has to end. Honestly I’m so heart broken and didn’t think you were capable to ever do this to me,” Camaryn wrote.