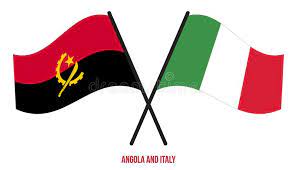 As a move towards breaking away from the dependence of Russia for gas amidst the ongoing war, Italy on Wednesday penned a deal with Angola to ramp up gas supplies from the southern African country.

A declaration of intent was signed to develop “new” natural gas ventures and to increase exports to Italy.

This was announced in a statement from the Italian foreign minister.

“Today we have reached another important agreement with Angola to increase gas supplies,” Foreign Minister Luigi Di Maio said in the statement.

“Italy’s commitment to differentiate energy supply sources is confirmed,” said Di Maio at the end of a two-and-half-hour long visit to Luanda.

Prime Minister Mario Draghi wants to add Angola and Congo-Brazzaville to a portfolio of suppliers to substitute Russia, which provides about 45 percent of Italian gas.

“We do not want to depend on Russian gas any longer, because economic dependence must not become political subjection,” he said in an interview with the Corriere della Sera daily published on Sunday.

“Diversification is possible and can be implemented in a relatively short amount of time – quicker than we imagined just a month ago,” he said.

Draghi was due to go himself but after testing positive for Covid-19, he sent Di Maio and Ecological Transition Minister, Roberto Cingolani, in his place.

Cingolani described the deal as “an important agreement that gives impetus to the partnership between Italy and Angola in the fields of renewables, biofuels, LNG (liquefied natural gas) and training in technology and environment”.

“This is a race against time to make sure we stock gas and oil for the next winter season,” said Francesco Galietti, head of Rome-based consultancy Policy Sonar.