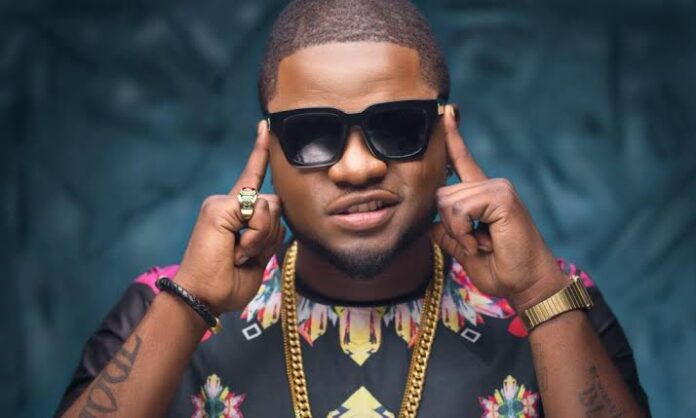 Former EME star, Raoul John Njeng-Njeng known as Skales, has tied the knot with his partner on Saturday, May 1, 2021.

The ‘shake body’ singer had proposed to his model fiancée in March 2021, while the couple had their traditional wedding today.

Celebrities from far and wide were in attendance including Tanzanian singer, Harmonize.

The couple were seen dancing in a video while their friends and family cheered them on.

The Kaduna-born singer started writing songs in his state before he moved to Jos to meet Jesse Jagz and Jeremiah Gyang between 2007 and 2008.

In the year 2014, the rapper-singer opened up about issues that occured following his exit from his previous record label, EME, his struggles with his ex-girlfriends, his drive and success story with him being an independent artiste.

He also revealed he co-wrote songs for Wizkid during his stay in EME records, contrary to speculations that he is trying to compete.

The artiste has since released songs as an independent artiste, songs like ‘Kayefi’, ‘Pasa Pasa’, ‘booty’ e.t.c.