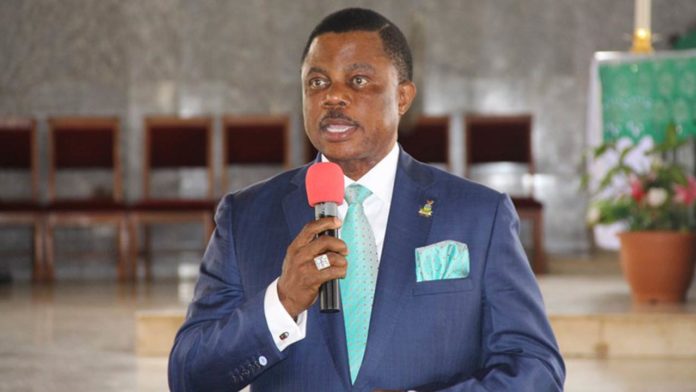 Governor Willie Obiano of Anambra State says former Governor of the Central Bank of Nigeria (CBN), Prof Charles Soludo, will be his successor.

The governor spoke today at the Anambra International Cargo and Passenger Airport at Umueri after his three-week vacation abroad.

Obiano landed with a private jet at the airport exactly by 11.45am and was received by the state lawmakers led by Speaker Uche Okafor.

Addressing the crowd that came to welcome him, Obiano said Soludo would be the next Governor.

Obiano described the omission of Soludo’s name on the Independent National Electoral Commission’s list as a ‘mistake’, which he said would be corrected soon.

The Governor said: “Prof. Soludo is the next Governor of Anambra State as issues about APGA crisis will be a thing of the past soon”.

He assured of delivery of the Anambra International Airport in record time, saying “I feel fulfilled to have a test of my legacy project- the airport this day.”