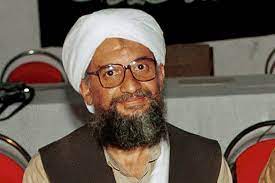 He was killed in a counter-terrorism operation carried out by the CIA in the Afghan capital Kabul on Sunday.
He and Osama Bin Laden plotted the 9/11 attacks together, and he was one of America’s most wanted terrorists.

Biden said al-Zawahiri had “carved a trail of murder and violence against American citizens”.

“From hiding, he co-ordinated al-Qaeda’s branches and all around the world, including setting priorities for providing operational guidance and calling for and inspired attacks against US targets,” the president said in a live television address from the White House.

“Now justice has been delivered and this terrorist leader is no more,” he added.

The FBI updated its Most Wanted Terrorist poster on Monday with Zawahiri’s status: “Deceased.”

The 71-year-old Egyptian doctor took over al-Qaeda after the death of Bin Laden in 2011.

Mr Biden said he had given the final approval for the “precision strike” after months of planning.

Officials said Zawahiri was on the balcony of a safe house – where he reportedly often sat for hours – when the drone fired two missiles at him.

Other family members were present, but they were unharmed and only Zawahiri was killed in the attack, they added.

Mr Biden said Zawahiri’s killing will bring closure to families of the nearly 3,000 victims of the 2001 attacks in which hijackers crashed passenger jets into landmark buildings in New York and Washington – including two skyscrapers in Manhattan.

Some 344 firefighters were also killed. Andrew Ansbro, president of the New York Firefighters Association thanked Mr Biden for “helping to bring another level of closure to all impacted by these attacks”.

Mr Biden said that Zawahiri had also masterminded other acts of violence, including the suicide bombing of the USS Cole naval destroyer in Aden in October 2000 which killed 17 US sailors, and the 1998 attacks on the US embassies in Kenya and Tanzania, in which 223 people died.

Douglas Sidialo lost his sight in the Kenyan attack, and told BBC Newsday that while he never condones violence, news of Zawahiri’s death is welcome.

“It’s good that it has happened – that they’re bringing down those who were behind these heinous and barbaric acts of cowardice around the world,” Mr Sidialo said.

The attack in Kabul early Sunday morning rocked the centre of the capital – we heard it on our street nearby.

Since then, speculation has swirled about who or what hit this “empty house” in the Sherpur neighborhood known for its gaudy multi-storied villas.

Hours after President Biden announced news of Zawahiri’s death, workers in buildings nearby told us no one lived in the villa whose balconies are now covered with plastic sheeting. Adjacent shops were told by the Taliban to close their rooftops. 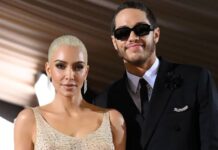 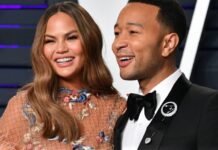