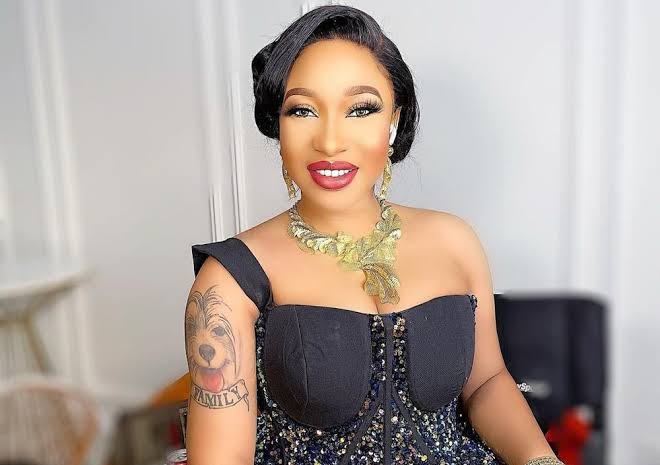 Nollywood actress, Tonto Dikeh, has reacted to a throwback video of herself, being arrested in Dubai years ago.

A popular blogger has shared the video on its Instagram page and the actress has reacted in an hilarious way.

Using Shaggy’s song, ‘It wasn’t me’, she went to the comment section to write “It wasn’t me”.

Tonto, who has denied being arrested for drugs in Dubai, granted an interview when the news broke.

She said she was not arrested because of drug possession because they don’t forgive easily, she would have been jailed without mercy.

Instead, she said a security officer had referred to her as a call girl because of her outfit and it enraged her.

She said, “That incident in Dubai was not drugs because if it was I would be in jail. It had nothing to do with drugs or alcohol even.

“On that day, I was insulted by one of the guards. He said something very derogatory to me in Arabic, I think Lebanon. It’s called Sharamuta which means prostitute, it means a call girl and I was not so dressed.

“But it was a show, so I had like a very amazing bra inside and this blazer on top. To them, it is Haram when you are not dressed properly. So that is where all of the altercations started. That was the only problem, any other information is just false.

“I really don’t want to go into so much detail about Dubai because I have a home there now and I want to be able to enter freely after all of this and that is why I never really talked about it.”

Tonto was arrested in Dubai in 2019 according to reports.