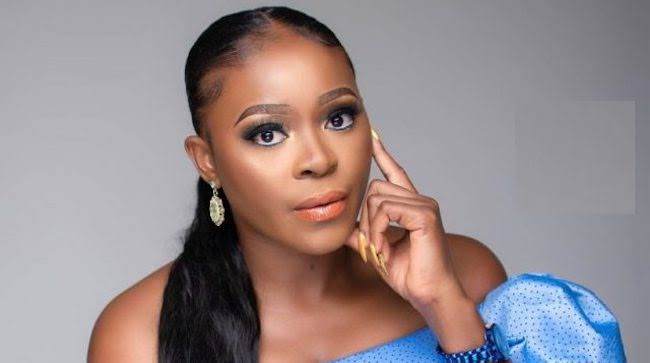 Nollywood actress, Grace Ifemedike, has thrown a crude shade at ace singe, Tiwa Savage, over her sex tape, while praising BBNaija’s Tega for her apology.

Ifemedike stated that Tega acted maturely by apologizing for her scandalous acts in the Big Brother House, unlike Tiwa.

Recall that Tiwa was recently involved in a sex tape scandal creating an uproar in the entertainment industry.

Ifemedike said people only praise the most followed celebrities without thinking of their actions.

She said, “Dear Tega Dominic, you are the queen. They say you did something really bad at the BBN reality show (I don’t watch) but whatever it is that you did shows that you are not perfect by publicly apologising you have shown maturity and a great personality.

“Darling God loves you if you allow him into your life he will shame the devil and change your life for good.”

Ifemedike emphasised on how people criticise celebrities based on how influenced they are or how many followers they have.

“They will not post your picture and call you queen because you don’t have 10+ million followers, my dear our society chooses who to forgive and what to tolerate.

Showering Tega with praises and advises, she said, “@its_tegadominic stay strong and put on the full armour of God,this too shall pass… In life there is always a reason for everything that happens,good or bad…

“This is a great opportunity to rewrite your destiny and turn your challenges to testimony. Don’t let anyone or anything disturb your mental health. You made a mistake, you accepted it, apologised and that’s it! It’s well with you sis,” she said.