Musa stated this yesterday when he paid a courtesy call on the management of North East Development Commission (NEDC) in Maiduguri, Borno State.

He said the people that surrendered to troops comprised combatants, non-combatants, those conscripted against their wish, and family members.

The commander stressed that the development had become a source for the Islamic State of West Africa Province (ISWAP) who had hoped to inherit Boko Haram fighters following the death of the group leader, Abubakar Shekau.

He said: “From the Presidency, Minister of Defence, Chief of Defence Staff and Service Chiefs, everyone is putting hands on deck to ensure that we have peace in the North East.

“We know that if we have peace in North-East it will transcend to other regions.”

The Managing Director of NEDC, Mohammed Alkali, commended the military over its efforts at restoring peace in the region.

He said improvement in security in North-East has enabled the commission to embark on various projects in recovered areas. 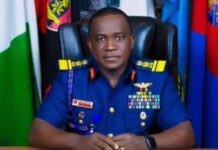 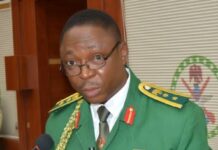