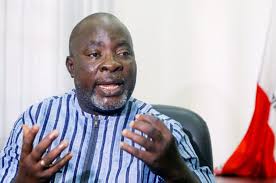 Spokesperson of the Peoples Democratic Party (PDP), Kola Ologbondiyan, has stated that the opposition party is currently putting its house in order so that it’ll be able to usurp its arch-rival, the All Progressives Congress (APC), in the 2023 presidential election.

According to Ologbondiyan in a recent interview with BBC News Yoruba in Abuja, the opposition party has scored the APC very low ahead of the 2023 contest.

There had been calls for the resignation of Prince Uche Secondus, the national Chairman of the PDP. But the party members and executives were able to resolve some of their differences on Tuesday, with Secondus surviving.

Speaking about the row in the PDP, Ologbondiyan stated that almost all the party’s bigwigs are desirous of the position of National Chairman. As a result of that, the present squabbles are inevitable.

Ologbondiyan added that former ministers, as well as ex-governors, have now come together to ensure that peace reigns in the party, and to also adhere to the stipulations of the party in the next few months – before the National Convention.

He asked for harmony among PDP members so that the party will be able to seize power from the APC in 2023.

“Prior to the 2015 elections, the APC were misbehaving, solely because they want power. But being a party that has been in government before, we have got the know-how on governance, because when we were in power, Nigerians were not suffering, like we are seeing today,” Ologbondiyan said.

In addition, he said that the APC did not fulfill on its major promises to Nigerians – six years after.

“If we are to grade the APC, they scored zero. This is because they cannot point to any significant achievement, most especially in the area of security.” 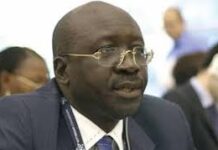 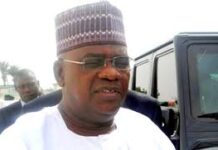 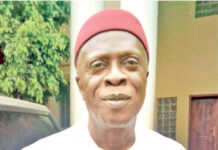 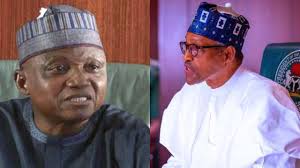 Timothy Aiyeku - November 26, 2021
0
The Senior Special Assistant to President Muhammad Buhari on Media and Publicity, Garba Shehu, has said that the president deserves credit for his efforts...