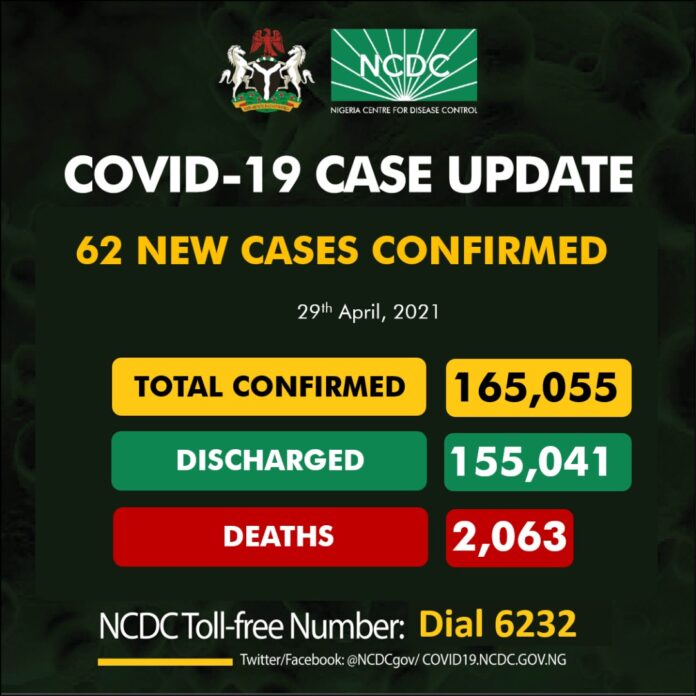 The Nigeria Centre for Disease Control (NCDC), which announced this via Twitter, also confirmed the country’s tally as 165,055.

According to the agency, the fresh cases was recorded in nine states and the Federal Capital Territory.

The NCDC also revealed that 10 patients were discharged, taking the total recoveries to 155,041.

Meanwhile, the Federal Government says it is putting measures in place to avoid a third wave.

The Rapid-Response initiative group of the Academy of Medicine Specialties (AMS) had called on the Federal Government to close international airports to all flights for at least two weeks to avoid a third wave.

But the Head of Technical Secretariat of the Presidential Steering Committee (PSC) on COVID-19, Dr. Mukhtar Muhammadu, announced that FG will be issuing a travel advisory within the next few days on inbound flights from India, Brazil and Turkey.

He said the cases in India and Turkey are of particular concern to the country due to the demographic similarities with Nigeria.

“While we continue to reopen the economy, we must also be aware of the happenings around the globe. Mr. Chairman and Minister of Health have referred specific incidences in India, Turkey, Brazil and also South Africa,” he said.

“We’re not saying this just for saying sake, but it is important to look at what is going on around the globe to ensure that we protect our country. The fact that the number of cases in this country is not rising, does not mean that we are immune or we are completely protected against COVID-19.

“The third wave, the way we see it going on now, it’s only a matter of time. It is not a matter of if, but truly a matter of when it is going to occur. And therefore these measures that have been outlined, we must continue to ensure that we comply and make sure that we protect our public and our communities.” 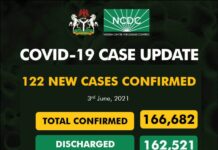 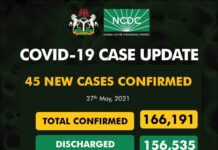 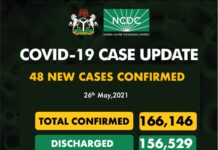