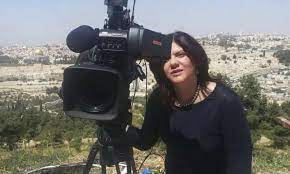 A veteran journalist for Al Jazeera was shot and killed while covering an Israeli raid in the occupied West Bank town of Jenin early Wednesday.

The broadcaster and a reporter who was wounded in the incident blamed Israeli forces, while Israel said there was evidence the two were hit by Palestinian gunfire.

Shireen Abu Akleh, a well-known Palestinian female reporter for the broadcaster’s Arabic language channel, was shot and died soon afterward. The U.S. Embassy in Israel was cited by many news outlets as saying that Akleh held dual U.S.-Palestinian nationality, and U.S. Ambassador Thomas Nides referred to her in a tweet as an “American and Palestinian journalist.”

Nides called for “a thorough investigation into the circumstances of her death and the injury of at least one other journalist today in Jenin.”

Ali Samoudi, another Palestinian journalist, was hospitalized in stable condition after being shot in the back during the same raid.

The Qatar-based network interrupted its broadcast to announce Akleh’s death. In a statement flashed on its channel, it called on the international community to “condemn and hold the Israeli occupation forces accountable for deliberately targeting and killing our colleague.”

“We pledge to prosecute the perpetrators legally, no matter how hard they try to cover up their crime, and bring them to justice,” Al Jazeera said in a statement.

The Israeli military said its forces came under attack with heavy gunfire and explosives while operating in Jenin, and that they fired back. The military said it was “investigating the event and looking into the possibility that the journalists were hit by the Palestinian gunmen.”

Israeli Prime Minister Naftali Bennett said that based on the information they had already gathered, “There is a considerable chance that armed Palestinians, who fired wildly, were the ones who brought about the journalist’s unfortunate death.”

Israeli officials said there was video of Palestinian gunmen boasting that they had killed a soldier, but that no Israelis were wounded in the incident, indicating they shot a journalist.

Israel said it had proposed a joint investigation and autopsy with the Palestinian Authority, which refused the offer.

The Palestinian Authority, which administers parts of the occupied West Bank and cooperates with Israel on security matters, condemned what it said was a “shocking crime” committed by Israeli forces.

Abu Akleh, 51, was born in Jerusalem. She began working for Al Jazeera in 1997 and regularly reported on-camera from across the Palestinian territories. In video footage of the incident, Abu Akleh can be seen wearing a blue flak jacket clearly marked with the word “PRESS.”

Samoudi, who was working as her producer, told The Associated Press they were among a group of seven reporters who went to cover the raid early Wednesday. He said they were all wearing protective gear that clearly marked them as reporters, and they passed by Israeli troops so the soldiers would see them and know that they were there. 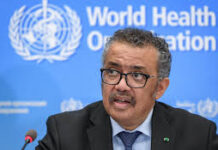 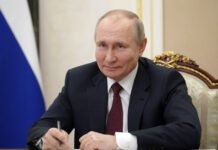