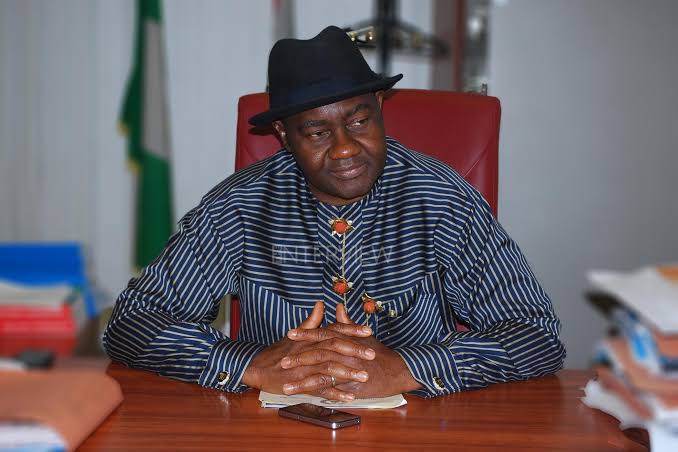 A former member of the National Assembly, Magnus Abe, on Thursday, said the All Progressives Congress cannot win the governorship election in Rivers State in 2023, if it presents “an outsider” as its candidate.

Abe stated this during a meeting with party stakeholders at the inauguration of Bola Ahmed Tinubu Vanguard at the Captain Elechi Amadi Polytechnic in Port Harcourt.

Abe, who represented the Rivers South-East Senatorial District, said the APC would not accept a candidate who was answerable to one person for the election.

This is as some leaders of the party had picked Lagos-based businessman, Tonye Cole, as the party’s standard bearer in the state come 2023.

Abe, who is also a governorship aspirant, said that many people in the state had worked and suffered for the APC and should, therefore, not expect to accept anybody who was “an outsider” into its fold.

In his words, “As far this party is concerned, we cannot afford to take somebody who is not part of us. Whatever disagreements that we have, it is important that we remember that we started this thing together.

“We suffered teargas together, we suffered punishment together. We were ostracised together, we built this party together, but we have never gained anything because we did not win.

“We want to form a government in Rivers State. It will be an APC government because we are the APC members and we are running on the platform and the logo of the APC,” he stated.

The former lawmaker further said he joined the APC with the hope that things would be done a lot better for Nigeria and its citizenry.

He said his support for the APC national leader, Asiwaju Bola Tinubu, for President in 2023 was because the latter had what it took to deliver the party.

Abe further said whether Tinubu got the party’s sole ticket for president or not, he (Tinubu) would still support the party to victory.

“Tinubu is the only man that can deliver the killer punch that will make the APC to remain in power after President Muhammadu Buhari leaves.

“Whether Tinubu wins the APC ticket or not, I will contest the governorship of Rivers State and still stand a chance of winning. We must choose the APC candidate that will deliver the APC in Rivers State,” he stated.