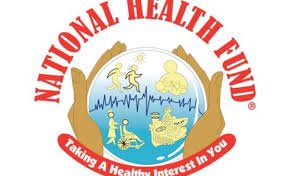 As the World marks the 2019 Breastfeeding Week, STAND Foundation, says breastfeeding is key to attainment of the Sustainable Development Goals (SDGs).

The foundation’s Executive Director, Ms Olusayo Adeleye, said this on Tuesday in Ibadan while fielding questions from the News Agency of Nigeria (NAN).

NAN reports that the 2019 theme for the World Breastfeeding Week, which is observed annually from Aug. 1 to 7, has the tagline “Empower Parents, Enable Breastfeeding”.

Adeleye said that breastfeeding, which lays the foundation for child’s survival and development, becomes a critical stage for achieving many of the SDGs.

“As a practical step towards protecting the survival and health of babies and women, breastfeeding can help achieve many of the SDGs including goals on poverty, hunger, health, education and gender equality.

“Goal Three, Target Two of the SDGs projects says that by 2030 there should be an end to preventable deaths of newborns and under-five deaths.

“Breastfeeding is potentially one of the top nutrition interventions for reducing under-five mortality and providing well-being for children and mothers, therefore making it one of the means of achieving this goal.

“It is also associated with reducing woman’s risk of diabetes, heart disease, ovarian and breast cancers; these benefits contribute to central goals of the 2030 SDGs,” she said.

She called on government at all levels to implement breastfeeding-friendly policies to increase breastfeeding rate in the country.

“Breastfeeding-friendly policies and environment are particularly important to provide the necessary support and encourage more mothers to breastfeed.

“These policies must cut across both public and private sectors and they must include paid parental leave for both mothers and fathers.

“This will help the parents nurture and bond with their children in early life, when it matters the most.

“Workplaces must have breastfeeding friendly policies to make it easy for mothers to continue breastfeeding upon return to work by giving them breastfeeding breaks as well as providing affordable childcare in form of clean, safe and hygienic breastfeeding centres within the workplace premises,” she said.

A professor of Paediatrics, Mrs Chinyere Ezeaka, said that exclusive breastfeeding rate of 23.33 per cent in the country is low compared to the global average of 40 per cent.

Ezeaka, who works at the Department of Paediatrics, Lagos University Teaching Hospital, said that breastfeeding uptake remained low despite increased awareness on its multiple benefits for newborn babies and mothers.

“Breastfeeding should be established between 30 minutes and one hour of delivery for early initiation to establish exclusive breastfeeding and ensures that the baby receives the colostrum, which is the first immunisation.

“Our breastfeeding rate is still low despite the increase from 17 per cent to 23 per cent, whereas some countries record as high as 80 per cent exclusive breastfeeding.

“We must all join hands and put things into perspective in order to increase our breastfeeding rate.

“Talking about breastfeeding during antenatal is very important for mothers to become interested and appreciate the benefits of exclusive breastfeeding,” she said.

Don’t use teeth or scissors to open a condom, foundation warns

Francis Ogwo - March 7, 2021
0
The demand for financial compensation by Food Sellers and Cattle Dealers Association over claims of damages to the group has been regarded as 'outrageous'...