Governor Godwin Obaseki of Edo State has been sworn-in for a second term in office.

He signed the oath certificate at exactly 12noon on Thursday, November 12 in Benin City, the state capital, after the Deputy Governor Philip Shaibu had taken his Oath of Allegiance and Oath of Office earlier.

There was a parade of honour by officers and men of the Edo State Police Command while the certificate was presented to the Governor by the Chief Judge of the State, Justice Esther Edigin.

The elated Obaseki returned cheers to his teeming supporters who thronged the venue to felicitate with the Governor.

Recall that the governor had dissolved the state executive council on Wednesday.

The governor, who announced the dissolution at a valedictory executive council session at the Government House in Benin City, noted that the core values of government are truth, justice and fairness.

He expressed appreciation to the outgoing council members for their selfless service to the state.

Obaseki said: “Since I became governor, I didn’t sack any commissioner, but rather they sacked me by resigning from my cabinet. What is important in government are the core values of truth, justice and fairness.”

Obaseki received the mantle from Adams Oshiomhole four years ago as a member of the All Progressive Congress but could not secure a second term ticket under the party, necessitating his defection to the People’s Democratic Party and won the September 19 gubernatorial election.

2023: Like Biden, I will be President of Nigeria – Tunde Bakare 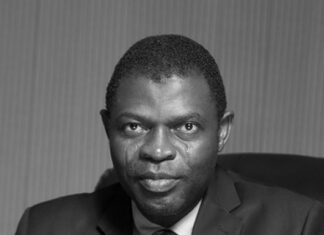 #EndSARS: Protesters were happy to see us at Lekki Tollgate, says...