The manufacturing sector of the economy has generated the highest amount of N28.82 billion Value Added Tax (VAT) in fourth quarter, 2018.

VAT is a consumption tax placed on a product whenever value is added at each stage of the supply chain, from production to the point of sale.

The report was provided by the Federal Inland Revenue Service (FIRS) and was verified and validated by the National Bureau of Statistics (NBS),

According to NBS, Nigeria generated N298.01 billion from VAT in the period.

The report added that the figures in the quarter rose by 8.96 per cent quarter-on-quarter and by 17.28 per cent year-on-year.

The bureau noted that the balance of N111.71 billion was generated as Nigeria-Customs Import VAT in the period under review.

Why Nigerians seem unperturbed by Recession 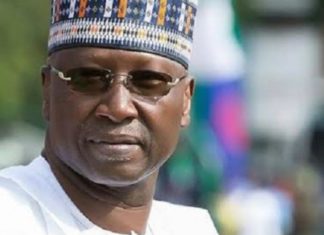 KAFTANPost - November 25, 2020
0
The Secretary to the Government of the Federation, Boss Mustapha, has said regulating the Ecological Fund may lead to either clash with or duplicate...