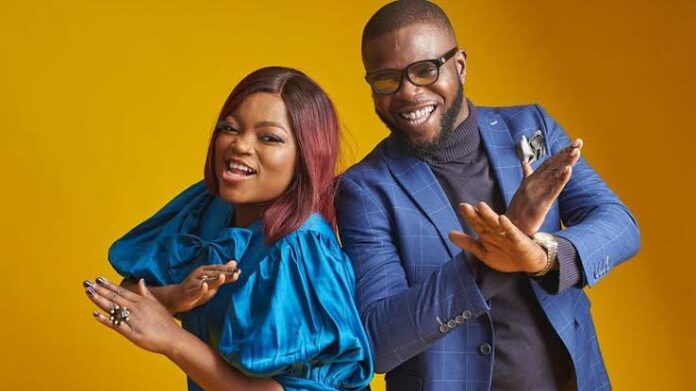 The couple, who were rumoured to be going through differences in their home weeks ago had debunked the news when JJC Skillz had publicly declared his love for his family stating how he missed them while he was in London.

However, in a twist of events, the two have been spotted acting strange at an event they both showed up for.

The AMVCA nominee party was held yesterday and as always many notable celebrities showed up to celebrate.

Funke was reported to have arrived first in a separate car with her husband who appeared later in another car.

It was also gathered that the two avoided each other throughout the event. The couple, who are known for their cute alluring pictures didn’t take any together as they were seen apart all through.

The rumour about them had started when a blogger stated that JJC Skillz left the house for another apartment in Lagos when Funke insisted he leaves based on their differences.

Report also said that Funke claimed to have been the sole owner of Scene One productions and her husband can not spend the way he likes because she owns the production company.

Although the couple didn’t address this when the rumour spilled, it was assumed they were back to their usual selves. 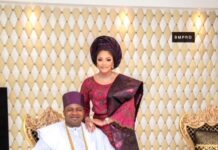