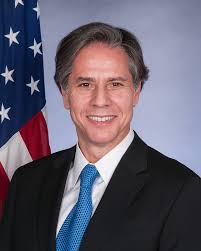 The United States Secretary of State, Antony Blinken, says ‘Giant of Africa’ is an apt nickname for Nigeria owing to the country’s size.

While admitting the country’s security challenges, the US top diplomat said whatever happens in Nigeria is felt across the world.

“And it’s great to be back in Abuja on, indeed, my first trip to sub-Saharan Africa as U.S. Secretary of State,” his statement partly read.

“The ‘Giant of Africa’ is an apt nickname for Nigeria, because this country looms large.

“Your strengths are undeniable – a dynamic democracy, a robust economy, and a very powerful civil society.

“The challenges you face are undeniable as well – including the disruption and insecurity caused by terrorism and armed groups. Then there’s Nigeria’s cultural influence.

“Now, I know there’s a fierce rivalry among West African countries about who makes the best Jollof – well, I’m a diplomat, so I’m going to steer very clear of that one. But in short, what happens here in Nigeria is felt around the world”.

Countries like Nigeria are not just global leaders, he said, adding “they are increasingly prominent around the world beyond this region and they’re deserving of a prominent seat wherever the most consequential issues are discussed.”

Mr Blinken, who is on his first visit to sub-Saharan Africa as the U.S. Secretary of State, also said institutions like the African Union, ECOWAS, SADC, IGAD should play a larger role and they should have a “greater voice” in global debates.

He said on most of the urgent challenges and opportunities, the U.S. knows Africa will make the difference.

“We can’t achieve our goals around the world – without the leadership of African governments, institutions, and citizens,” he said.

Against this backdrop, Mr Blinken said U.S. President Joe Biden plans to hold a summit with African leaders to show Washington’s commitment to the continent.

He also vowed an overhaul of the U.S. approach to Africa that will treat the continent as a “major geopolitical power” and that will boost development without the “strings” often attached to such deals.

“Too often, international infrastructure deals are opaque, coercive. They burden countries with unmanageable debt,” he said. “They’re environmentally destructive. They don’t always benefit the people who actually live there.

“I also know that many countries across the region are wary of the strings that come with more engagement, and fear that in a world of sharper rivalries among major powers, countries will be forced to choose.”

“We will do things differently,” he said, adding that Washington did not want to make African countries choose between the U.S. and other partnerships.

“We want to make your partnerships with us even stronger. We don’t want to make you choose. We want to give you choices. Together, we can deliver real benefits to our people, on the issues that matter most to them.”

Mr Blinken also urged African nations to strengthen democracy as authoritarianism is on the rise around the world.

“Technology is being used to silence dissent and prosecutes citizens – and democracies must answer the call to fight back against disinformation, stand up for internet freedom, reduce the misuse of surveillance technology, and establish standards of responsible conduct in cyberspace.”

The U.S. top diplomat noted that governments are “becoming less transparent and corruption is growing.

“We see this happening across Africa – leaders ignoring term limits, rigging or postponing elections, exploiting social grievances to gain and maintain power, arresting opposition figures, cracking down on the media, and allowing security services to enforce pandemic restrictions with brutality.

“Many Africans are now living under at least partially authoritarian governments and militaries have taken over civilian governments four times this year; that’s the highest number in four decades.”

But there are good news stories about democracy in Africa, too, Mr Blinken said.

“Niger, which had its first-ever peaceful transfer of power this year or Zambia, where the opposition party won elections, something few believed would be allowed to happen.”

The diplomat also warned against “democratic backsliding” across the world, saying that leaders need to “show how democracies can deliver what citizens want, quickly and effectively.”

“We need countries from every part of the world to share best practices, to make public pledges, and to hold each other accountable.

“When we fail to do that, people lose their trust in the democratic model, and that fuels the arguments that authoritarian governments make – that their system is better.

Speaking on the brewing crisis around the continent, Mr Blinken said: “We know that instability and insecurity are at the top of nearly every Nigerian’s mind. The same can be said for people in Ethiopia, Somalia, Mozambique, Cameroon, Mali, Niger, and other countries across the continent.”

He said the threats posed by violent extremists and criminals have the potential to “destabilize nations and regions, to undermine development, and to ignite humanitarian disasters.”

Part of the answer is effective and professional security forces and local law enforcement that can protect citizens while respecting human rights, Mr Blinken added.

“But tackling the root causes of conflict is just as important – maybe even more important. Not everything can be solved with more or better-equipped armed forces. And attempts to address violent extremism have at times had the perverse effect of violating people’s rights, contributing to grievances, and furthering cycles of violence.

“We urge governments to contribute to and commit to criminal justice and security sector approaches that respect rights, as well as greater accountability for abuses, which is critical for earning the public’s trust.” 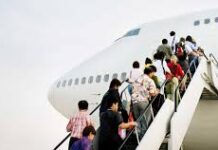 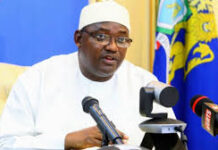 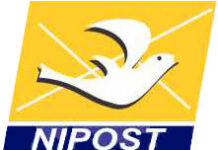