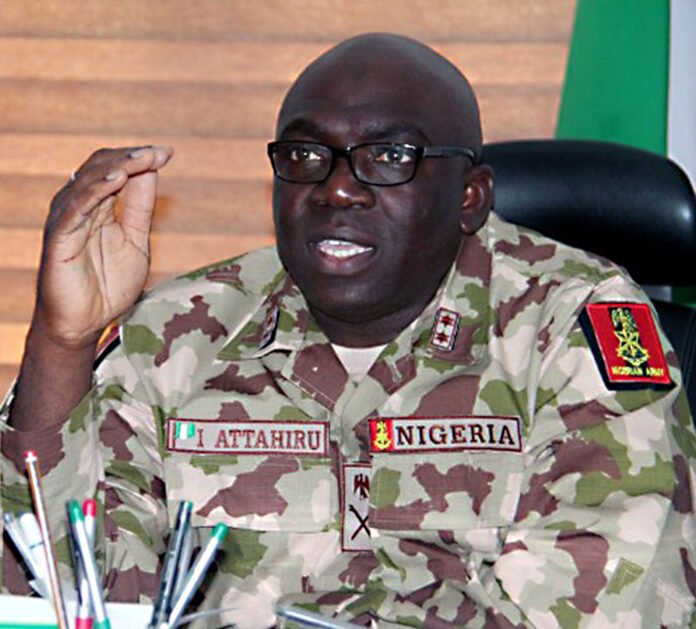 The Nigerian Army has reportedly recalled a large number of its personnel studying in civil institutions (universities and polytechnics) across the country following intensified insurgency attacks.

This is according to a leaked memo by the Nigerian Army Headquarters, Department of Army Training, Abuja.

In the memo dated May 11, the Nigerian Army also suspended the sponsorship of personnel in civil institutions with the exemption of students in the final year.

The memo was signed by Brigadier General I. Ajose on behalf of the Chief of Army Staff, Major General Ibrahim Attahiru, and titled, ‘Exemption of Ex Boys (NMS) from Personnel Affected by Directive on Suspension of NA Sponsorship to Civil Institutions.’

The memo was referenced AHQ DA/G7/230/164 and addressed to the Ministry of Defence, Office of the National Security Adviser, Defence Headquarters, and Nigerian Defence Academy.

“References A-C conveyed directives for the recall of all NA personnel studying in civil institutions as well as the suspension of NA sponsorships, with the exemption of final year students. Consequently, I am directed to respectfully inform you that the directive does not include Ex Boys (NMS). Grateful (sic) treat and acknowledge,” the memo stated.

This development comes as the Army continues to suffer heavy casualties in its counter-insurgency operations that have seen hundreds of Boko Haram and ISWAP terrorists also neutralised by gallant Nigerian troops.

In one of the recent attacks, more than 30 soldiers were reportedly killed in April when Islamic State-aligned fighters ambushed a military convoy escorting weapons and overran a base in Mainok, Borno State.

A month earlier, about 30 soldiers were reportedly killed in four attacks by Islamist militants in the North-East.

On April 26, wherein 40 persons were killed in Anambra, Imo, Kebbi and Rivers state, two soldiers and three policemen were among the casualties.

In March 2020, at least 70 soldiers were killed in an ambush by ISWAP terrorists, AFP reported.

The insurgents reportedly fired rocket-propelled grenades at a lorry carrying troops as it travelled near Gorgi village in Borno State.

The decade-long Boko Haram insurgency has killed around 40,000 people and displaced over two million in the North-East, according to the International Crisis Group.

The Army is allegedly short in terms of manpower with the speculated recall of personnel expected to boost the insurgency war.

It is however unclear whether the personnel will be deployed for administrative purpose or combat operations on the war front.