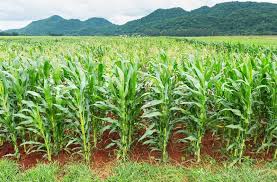 The Lagos State Government has disclosed that it has empowered over 8,000 farmers through the Agro-processing, Productivity Enhancement and Livelihood Improvement Support project since its inception.

This was disclosed by the state Commissioner for Agriculture, Abisola Olusanya on Monday during a courtesy visit by the World Bank and APPEALS Project representatives for the ninth implementation support mission in Lagos.

Olusanya added that the state government has asked the World Bank to extend the APPEALS project.

She said, “Over 8,000 youths and women have been trained and empowered based on field visits. The Lagos State APPEALS Project Coordinator is always pushing us. This team goes far and wide just to ensure implementation is done well. If there is also a team that I have seen a lot of integrity in, it is this particular team.

“We attend the state steering committee meetings with the deputy governor and a few other stakeholders from other Ministries, Departments and Agencies and generally speaking, APPEALS project is one of the seamless projects that the state has been able to run. I want to believe that if there is a possibility, this project should actually continue in all sincerity.”

The Task Team Leader from the World Bank, Dr Manievel Sene, said, “Based on the information from the team, the project enjoyed strong support from Lagos State Governor and the state government, which is very encouraging. We are very satisfied with the level of implementation and achievements by the APPEALS Project in Lagos.”