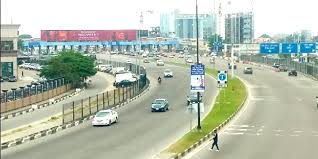 A 3-day ultimatum has been issued by the Lagos State Government before the demolition and removal, illegal structures and abandoned vehicles on the Lekki/Ajah Coastal Road, which have become hideouts for suspected robbers who operate in traffic on that axis.

The disclosure was made by the chairman of the agency, CSP Shola Jejeloye, on Monday, in a statement issued by the Head of Public Affairs Unit of the Lagos State Environmental and Special Offences Unit, Femi Moliki.

According to the state government, with effect from July 26, 2021, owners of illegal structures and abandoned vehicles in the area have been ordered to have them removed.

The News Agency of Nigeria (NAN) had reported that the removal of shanties and criminal hideouts in Marwa Waterside area would help reduce robberies in traffic, and other criminal activities on Lekki/Ajah Corridor, particularly at Jakande Roundabout.

Jejeloye said the removal order became necessary after he led his team to construction sites along the coastal road, which serves as an alternative route for motorists plying the Lekki-Epe Expressway.

In addition, the chairman noted that these makeshift structures, shanties, kiosks and vehicles at Maroko and Lekki Coastal Road were also obstructing ongoing road construction in the area.

He said, “This stretch of road has been taken over by mechanics, block makers, bamboo and wood sellers, shanties and other illegal occupiers, which are going to hamper road construction work in the area.

On the expiration of the removal notice on Thursday, officials of the agency will remove all structures, shanties, abandoned vehicles and materials in the area.’’

Recall that in May 2021, the Lagos State Government announced a ban on the illegal occupation of abandoned buildings and properties under construction across the state, in order to help address the security challenges which had engulfed most parts of the country and showed a likelihood of spreading to Lagos. That decision was reiterated in June.

The Lagos State Commissioner for Physical Planning and Urban Development, Dr Idris Salako, had stated that hoodlums and social miscreants were in the habit of converting abandoned buildings and project sites to their bases, from where they committed atrocities, thereby posing serious danger to residents.

Also, in December 2019, the State Government was reported to have removed all the illegal structures on the Lekki Coastal Road to pave way for its construction. 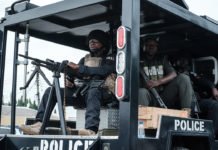 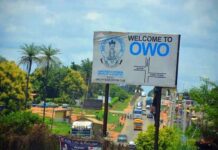