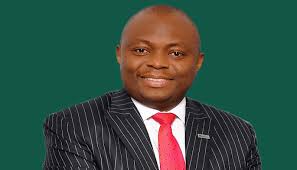 A manufacturer, Mr Muideen Ibrahim, on Monday, advised the incoming minister of industries to put in place policies that would attract investments across the entire value chain in the country.

Ibrahim, the Chief Executive Officer (CEO) of BAMIB Resources and Investments Company Limited in Lagos, gave this advice in an interview with the News Agency of Nigeria (NAN).

The pencil manufacturer, noted that e-governance and e-commerce should be introduced in the Ministry of Industry, Trade, Investment and its agencies, to attract more investments into the country.

According to him, the minister should be up and doing with regard to improved power supply because of its importance to the development of the economy.

He identified such benefits associated with sound economic and investment policies of a good minister at the helm to include self -reliance, massive job opportunities, and technology.

According to him, the challenges before the incoming minister of industries are numerous but surmountable once the will power is there.

He, however, listed some challenges militating against investment in Nigeria to include erratic power supply, ill treatment of Small and Medium Enterprises(SMEs), unclear cut policy for each sector group, non implementation of the Executive Order 3 and 5 and double taxation.

Ibrahim identified other problems facing the sector as bottlenecks at the sea ports, high cost of borrowing, nonchalant attitude of some government ministries and agencies including insecurity.

The manufacturer, who is also the Executive Secretary of Electricity Meters Manufacturers Association of Nigeria (EMMAN), opined that there was an improvement in the power sector in Nigeria.

He, however, called for improvement in power distributions.

“The distribution companies should tidy up their various networks and evacuate what is generated constantly. It is sad and disheartening that one of the greatest challenges confronting the power sector is distribution.

“Generation is to some extent, better, but what is generated in relation to our population is still too low. This presupposes that there is the need to scale up.

“However, the golden question is that if the generation improves, can it be effectively transmitted or distributed? The answer is No”.

He said most big manufacturing plants and companies were reluctant to come to Nigeria because of the low level of power generated and transmitted, and the few ones in Nigeria were producing at a high cost due to erratic power supply.

“Hence, companies fold up in droves in this country; and so the incoming minister and the president should address this matter once and for all,” he said.