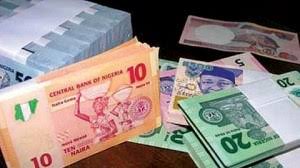 The Consumer Price Index, (CPI) which measures inflation increased by
11.37 percent (year-on-year) in January 2019, the National Bureau of
Statistics (NBS) has said.

“The Core inflation, which excludes the prices of volatile
agricultural produce stood at 9.9 percent in January 2019, up by 0.1
percent when compared with 9.8 percent recorded in December 2018. On
month-on-month basis, the core sub-index increased by 0.81 percent in
January 2019.

“The highest increases were recorded in prices of Domestic services
and household services, Tobacco, major household appliances whether
electronic or not, Medical and Dental services, Garments, Narcotics,
Cleaning, repair and hire of clothing, Carpet and other floorings,”
the report stated.

On month on month basis, however, January 2019 food inflation was
highest in Delta (2.73%), Kwara (2.50%) and Ondo (2.22%), while
Anambra, Ekiti, Enugu, Imo, Nasarawa, Osun and Zamfara all recorded
food price deflation or negative inflation (general decrease in the
general price level of goods and services or a negative inflation
rate) in January 2019.

Lekki Shootings: CNN in ‘panic’ after our protest letter – Lai...

KAFTANPost - November 27, 2020
0
Minister of Information and Culture Lai Mohammed says that the letter the Federal Government wrote to CNN over its report of the October 20...

Lekki Shootings: CNN in ‘panic’ after our protest letter – Lai...