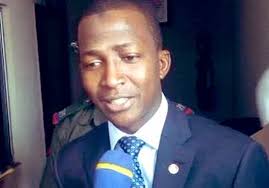 The Economic and Financial Crimes Commission (EFCC) has initiated investigation into the finances of the 18 political parties in the country and their presidential aspirants.

This is as a result of the humongous fees paid for expression of interest and nomination forms by aspirants vying for various elective offices in the parties.

The ruling APC sold its presidential forms for N100m and the Peoples Democratic Party (PDP) pegged its forms at N40m.

In addition, the APC governorship aspirants paid N50m, while persons who declared for the Senate, House of Representatives and state Houses of Assembly paid N20m, N10m and N2m, respectively for their nomination and expression of interest forms.

However, EFCC, in a letter to the INEC Chairman, Prof Mahmood Yakubu, dated May 9, 2022, signed by its Director of Operations, Michael Wetkas, on behalf of the chairman, demanded a list of all political parties, their designated bank accounts and any other information that could aid its investigation.

The letter, which was sighted by newsmen, with reference number CB.3383/EFCC/HOPS/HQ/VOL.1/28, titled, ‘Investigation activities’, read, “The commission is conducting an inquiry in which the need to obtain certain information from your commission is imperative. In view of the foregoing, you are requested to kindly avail the following information: list of all registered political parties; list of designated accounts submitted by the political parties to your commission; any other information that may assist the commission in its investigation.

“This request is made pursuant to sections 38(1) and (2) of the Economic and Financial Crimes Commission (Establishment) Act, 2004. While thanking you immensely for your continuous cooperation and collaboration, please accept the assurances of the chairman’s esteemed regards.”

The EFCC in another letter, also signed by the Head of Operations, informed the managing directors of Access Bank and Polaris Bank in Abuja that it was investigating 14 accounts of the two dominant parties.

Wetkas wrote, “The commission is investigating a case in which the above-mentioned account names and numbers featured.

“In view of the above, you are kindly requested to forward the certified true copies of the following: Account opening packages/mandate cards; statement of account from January 2021 to date (hard and soft copies). The soft copy should be copied to excel format and forwarded to cagomuo@effc.gov.ng.”

The letter also requested the certificate of identification pursuant to Section 84(4) of the Evidence Act, 2011. (The certifying officer should include his full name, designation, signature and date on each page). The commission also requested the banks to furnish it with any other relevant information that could assist the investigation.