Parents and other stakeholders have commended the initiative taken by UN Children’s Fund (UNICEF) in collaboration with Adamawa State Universal Basic Education Board (ADSUBEB), to get out-of-school children enrolled.

News Agency of Nigeria (NAN) reports that UNICEF and ADSUBEB have embarked on a two week enrollment of 137,483 out-of-school children in the state.

These were identified in five local government areas of Yola South, Guyuk, Fufore, Girei and Mubi North after a house-to-house census conducted by UNICEF in the areas.

Speaking on the campaign on Wednesday, a parent in Bole village of Yola South LGA, Malam Usman Ali, said the development had encouraged him to send six children to school.

“Two are my children and the other four are relations children. This campaign is a welcome development and will go a long way in encouraging us to send our children to school,” Ali said.

Malam Abubakar Sadiq, the Head Teacher of Bole 1 primary school said parents and guardians were responding positively to the campaign.

“We have registered about 31 pupils now as I speak with you and we are also hoping for about 50 from this village before the end of the exercise,”Sadiq said.

Also speaking on the exercise, Malam Hussaini Ahmed, a member of School Base Management Committee (SBMC), involved in mobilising for the enrollment said parents were responding positively to the campaign.

“Things are going on smoothly and this exercise is going to be a huge success in addressing the issue of out-of-school children in this area,” Ahmed said.

Hajiya Zara Jika, the coordinator of the exercise in Yola South LGA, said the response was quite encouraging and many parents and guardians were excited about the programme.

Jika said in one of the communities in Wauru-Jabbe, 100 pupils had registered, adding that the only challenge was that the school there only had two classroom blocks.

“The two classrooms were even donated by a Corp member as part of Community Development Service (CDS),”Jika said.

She appealed for classroom accommodation for some schools in the area.

Speaking on the exercise, the Adamawa UNICEF Education Consultant, Mr Joel Jutum said that at the end of the campaign, UNICEF would commence the distribution of learning and teaching materials to pupils and teachers in public schools in the state. 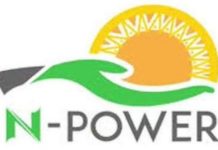 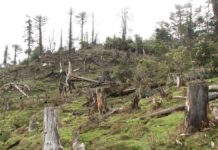 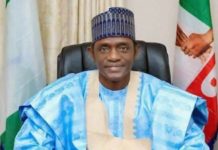