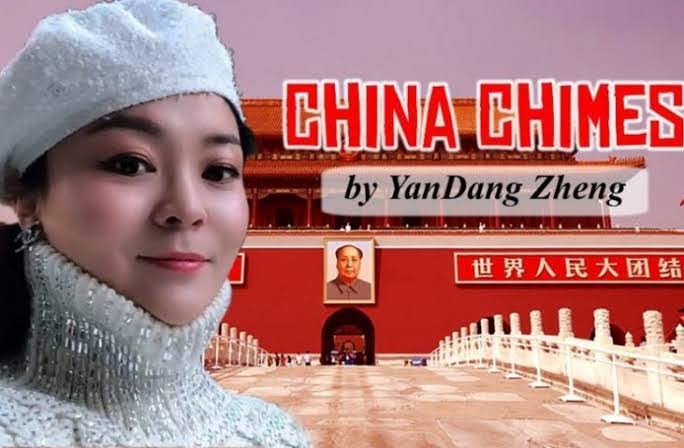 Chinese Premier, Li Keqiang, has outlined major social and economic objectives for the 14th Five-Year Plan (FYP) period when delivering a report on the government’s work during the fourth session of the 13th National People’s Congress on Friday.

The country has drawn up the draft Outline for the 14th FYP for Economic and Social Development and the Long-Range Objectives through the Year 2035, Li said.

The world’s economic powerhouse is pursuing a growth target of more than six per cent in 2021, according to its premier.

The International Monetary Fund predicted that the global economy would grow by 5.5 per cent in 2021, with India’s GDP forecast to grow by 11.5 per cent, and China’s to increase by 8.1 per cent.

China reported Gross Domestic Product rose 2.3 per cent last year, which was the only major economy to expand during the coronavirus pandemic as the rest of the world fell into economic recession.

Growth accelerated to 6.5 per cent over a year earlier in the final quarter of 2020 as the US, Europe and Japan failed to combat renewed coronavirus outbreaks.

The party sees “scientific and technological self-reliance as a strategic support for national development”, Li said.

He also announced the growth target in a government work report delivered at the opening ceremony of the National People’s Congress.

The meeting is part of Beijing’sTwo Sessions’ parliamentary gathering, which sets the country’s economic and political priorities for 2021. 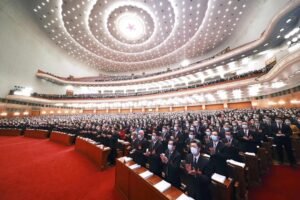 Around 3,000 delegates gathered for its annual two-week meeting, the year’s highest-profile political event. 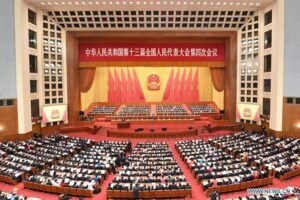 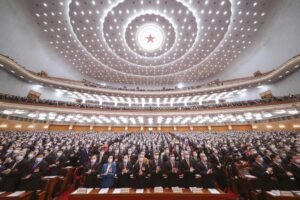 China set an urban unemployment target of 5.5 per cent.

The premier was positive about China’s economic prosperity while noting areas of weakness such as “impediments” to consumer spending, tough conditions for small businesses and mounting pressure in maintaining stable employment.

That will require sharp increases in clean and renewable energy in an economy that gets 60 per cent of its power from coal and is the world’s biggest source of climate-changing industrial pollution.

“We will expedite the transition of China’s growth model to one of green development and promote both high-quality economic growth and high-standard environmental protection,” Li said, promising to reduce carbon emissions and energy use per unit of economic output.

Here are the major takeaways from Li’s remark:

China sets its GDP growth target for 2021 at above 6 percent.

China plans to create more than 11 million new jobs in 2021.

China to maintain its CPI at around 3 percent in 2021.

China plans to cut the ratio of its deficit to GDP to around 3.2 percent for the year of 2021.

China to cut energy consumption per unit of GDP by around 3 percent in 2021.

China to expand effective investment this year, with a central investment budget of 610 billion yuan (about $94 billion).

China to step up pollution control.

China to actively promote the development of nuclear power on the premise of safety.

China to do more to ensure education fairness.

China not to make sharp changes to its macro-policies in 2021.

China to adopt a prudent monetary policy that is flexible, precise, appropriate and moderate in 2021.

China to enhance job-priority policies in 2021.

China to improve systems, mechanisms in its SARs.

China to promote exchanges, cooperation and integrated development across the Taiwan Straits.

China to keep its economy running within an appropriate range.

China to implement a state strategy in active response to population aging.

China’s R&D spending to grow by over 7 percent annually.

China to stick to the innovation-driven development strategy and accelerate the building of a modern industrial system.

The life expectancy of Chinese citizens to increase by one year during the 14th Five-Year Plan period.

China to continuously improve living standards of its citizens and solidly promote common prosperity during the 14th Five-Year Plan period.

China to promote the high-quality development of the Belt and Road during the 14th Five-Year Plan period.

China to advance the reform and opening up across the board, and bolster the momentum and vitality of development during the 14th Five-Year-Plan period.

China to advance rural vitalization on all fronts and improve the new urbanization strategy during the 14th Five-Year Plan period.

China to develop a strong domestic market and foster a new development paradigm during the 14th Five-Year Plan period.

China to push forward the Peaceful China initiative on a higher level during the 14th Five-Year Plan period.

China to make concrete efforts to achieve the peaking of carbon emissions by 2030 and carbon-neutrality by 2060.

China to work for the early entry into force and implementation of the Regional Comprehensive Economic Partnership Agreement. 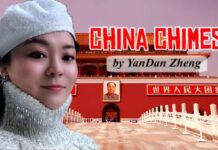 US climate envoy arrives in China