Rice production in Nigeria especially in Anambra and other regions in the country would get a boost as the federal government has revealed plans to support production, create jobs and improve the living standard of the people in the state and the region.

The Minister of State, Agriculture and Rural Development, Hon. Mustapha Baba Shehuri, made this known during the assessment of Federal Government Rice Farms/Mills in Omor and Umerum in Anambra State.

According to the minister, the cereal has a major place in the country and that the federal government has made major decisions towards achieving self-sufficiency in rice production.

He stated that the policies of the government in achieving food and nutrition security, import substitution and promotion of inclusive economic growth across all sectors of the economy have been given priority attention.

Reports indicate that projects under Government Policy Interventions in Agriculture and Rural Development, which have helped in boosting rice production include the provision of farm inputs such as agrochemicals, organic fertilizers, knapsack sprayers, planting & harvesting equipment such as reapers, mini combine harvesters, threshers at a subsidized rate in order to increase productivity.

Speaking further, the Minister added that these policies have not only increased the quantity of rice produced annually but interventions through the provision of modern rice milling machines to small/medium scale processors, has also helped to improve the quality of Nigeria milled rice to international standard.

However, Nigeria’s rice consumption still holds higher than production, but government interventions through myriads of policies have increased rice production from 4.8 million metric tons of milled rice in 2015 to over 6 million metric tons by 2019 with a huge reduction in the nation’s deficit.

Hon. Mustapha Baba Shehuri explained that production is expected to increase as the government continues to revitalize rice farmers.

Shehuri said that ”the Ministry has established 23 Paddy Aggregation Centers nationwide to aggregate and store paddy.

“The centres were given to members of the Paddy Dealers Association of Nigeria (PRIDAN) under the public-private partnership arrangement.”

He reiterated that the Ministry is currently responding to the challenges of food availability posed by the COVID-19 pandemic by supporting smallholder farmers nationwide with various inputs including certified seeds of improved varieties of food crops such as rice, maize, sorghum, wheat, orange-flesh sweet potato, groundnut cowpea, soybean, yam, as well as cash crops like cashew, cocoa, sesame, oil palm, gum Arabic. Others include herbicides, pesticides and agricultural machinery such as rice reapers, transplanters, power tillers motorized sprayers and processing equipment.
Recall that the recent flooding around the country in the wake of the resumed rainfalls have affected several farmlands and paddy fields with many experts and observers expressing fear of possible food shortage and hike in the cost of the cereal crop. 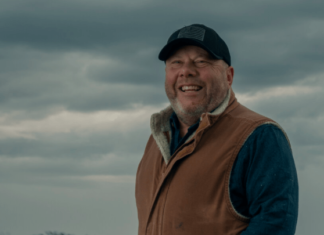 KAFTANPost - November 4, 2020
0
A Republican from North Dakota who died from COVID-19 last month has won a US state legislature seat. David Andahl won the Bismarck-area district on...