As the world grapples with the ravaging covid 19 pandemic, Nigerian medical practitioners and the entire country has been thrown into mourning as another caregiver at the warfront Obinna Chibueze Eke has died after contacting the virus.

Confirming the news, Okechukwu Ogba ,a cousin to the deceased in Abuja, spoke to Kaftan Post

“Sir,I just got the news from the states,I just lost a cousin who is a health worker in New Jersey.

“They are running an autopsy on him as we speak.He only complained few days ago about chest pain,cough and running nose.On the 30th (March) I sent him a message asking him to stop going to work but he simply told me it wasn’t possible because he was a health worker”.

According to information available on his Facebook page, Obinna was an Igbo of South Eastern Nigeria and hailed from Ezi Alayi, Bende Local Government Area of Abia State.

He had his secondary education at Government Secondary School ,Owerri after which he proceeded to San Bernardino Valley College for a course in Management Information Systems.

Not satisfied yet, Obinna proceeded to Com-Tec Institute ,New Jersey where he qualified as Certified Nursing Assistant.

He built a career that focused on acquiring the basic and advanced skills in the nursing profession for successive years and that saw him seek for admission into Bloomfield College from 2016-2018 where he studied pre- nursing and later Bachelor of Arts Major in sociology .

Until his death, he was a patent care technician at University Hospital ,Newark New Jersey since joining them in April, 2018.

Medical personnel on the frontline are increasingly becoming exposed to the virus.

Out of Spain’s over 135,000 confirmed coronavirus cases, — nearly 14 percent — are medical professionals, the health ministry admitted.

Globally, hundreds of doctors and nurses have lost to their lives in the line of duty.

Some have been forced to throw in the towel.

Imaris Vera, who lives in Chicago, in the United States, quit claiming that her manager told her she wasn’t allowed to wear a protective mask, even when caring for a COVID-19 patients in an ICU unit.

A nurse in Missouri resigned after being told she couldn’t wear an N95 mask she’d bought herself.

Not only are health care workers not getting the protection they need, but some are also being silenced by their employers.

In California, a nurses union said a hospital consortium in the state threatened to fire nurses who wore their own masks to treat COVID-19 patients on the grounds of “insubordination.” 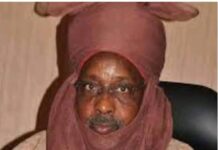 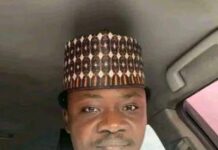 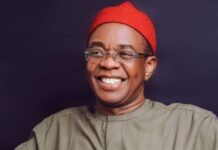