On Sunday, January 19,2020, another Pipeline explosion rocked Lagos State. This time, it was the residents of Ile-Epo and Ekoro roads near Abule-Egba in Agbado-Oke-Odo Local Council Development Area of the State that are counting their losses in the wake of the Sunday night’s inferno.

With five persons confirmed dead, 11 houses, 39 vehicles, 17 shops lost to the explosion and unascertained scores of injured in various hospitals, residents would be experiencing this fatal incident a second time in 14 years.

The explosion, which started around 8 pm, was a reminder to residents of past horrible moments.

The 2006 pipeline explosion was a disaster that occurred within the same heavily populated neighborhood of Abule Egba, on 26 December 2006, killing hundreds of people.

The January 19 fire was said to have started a few minutes after the criminals that vandalized the petrol laden pipeline had filled over 24 fuel tankers of 33,000 liters. According to reports, the vandals were alleged to have covered the point from which they siphoned the petroleum product with sand.

This is a daily routine the residents have come to get used to as the vandals operated almost daily unchallenged.

The Lagos State Emergency Management Agency (LASEMA) Director-General/Chief Executive Officer, Dr Femi Oke-Osayintolu said his agency was informed at about 8.30 pm and by 9 pm his team had curtailed the inferno and by 11.30 pm they had put it out. Immediately after they commenced an enumeration of the vehicles and properties that were involved in the incident.

The Nigerian National Petroleum Corporation (NNPC) Group Managing Director Mele Kyari was at the site of the incident. He assured that the corporation was working with security agencies to reduce occurrences of pipeline vandalism to the barest minimum. Describing the problem as a major national security concern, Kyari said the event of the pipeline explosion was unfortunate and pathetic. More importantly, what is happening around the System 2B Pipeline from Atlas Cove to Mosimi to Ilorin, the NNPC boss said, are acts of vandals of all sort along the NNPC pipeline right of way.

According to him, what they do is that they make insertions into the pipelines, tap petroleum products and at the end, disasters such as the Sunday episode’s is what usually resort from the tragedy and as the GMD noted, it is happening daily.

Thankfully, the explosion did not occur during deep harmattan season as he observed. “If this incident had happened under a windy condition yesterday, then we would have been talking of thousands of people dying.” Kyari said.

Beyond working with security agencies to curb such incidents, the NNPC GMD knows that the cooperation of the citizen would go a long way to combat the menace. That was why he said the cooperation of all Nigerians, especially those residing close to the pipelines, would be required to accomplish anticipated outcomes.

These activities are happening within communities. People are aware of what is happening, and as Kyari said, if the residents allow them to continue doing what they are doing, they will kill everybody along this corridor and none within the axis would be spared.

“Therefore, we do need the help and cooperation of all members of the community to expose these people when they come.

“It is no secret because as you can see, the point this fire started is in the visibility of everybody around here. That means that we saw it and did not do anything, and this is the result we are seeing. We are counting on Nigerians to help us resolve this because it is a major national security concern,” he said.

The NNPC boss said the affected line, which was shut down as a result of the inferno had been restored. The line had been shut down after the fire was successfully put out to prevent further damage.

Currently the Pipes are back on stream and “Petroleum products are flowing from Atlas Cove to Ilorin as we speak now.” Kyari reassured.

Meanwhile, the security agencies are coming together to restore sanity to the pipelines and apprehend the vandals as disclosed by Rear Adm. Oladele Daji, Staff Officer, Western Naval Command.

He said with the support of the Lagos State Government, the Nigerian Navy had so far taken out over 300 houses on the right of way across the state and the exercise was still ongoing.

The Department of Petroleum Resources (DPR) said it was investigating the incident. The DPR, which is the regulator of the petroleum industry, announced in a statement posted on its website.

In the statement, the Department commiserated with all who were affected by the unfortunate tragedy, which the Agency attributed to sabotage and vandalism by unscrupulous persons.

“In line with our regulatory oversight to the Nigerian oil and gas industry, as enshrined in the Petroleum Act Cap P10 LFN 2004, the DPR has commenced investigations with other relevant stakeholders into the incident.

“We assure the public that the safety of all Nigerians is of paramount concern in the discharge of our regulatory mandate for the oil and gas sector.” The statement read.

In his bid to widen the scope of engagement of community leaders and traditional rulers for a more robust support to tackle the challenge, the NNPC boss paid a visit to the Oba of Lagos, Oba Rilwan Akiolu to solicit his support and those of his subjects through whom he hoped to reach the rest of the communities under his authority.

Akiolu assured the NNPC GMD that the traditional rulers would double up efforts to protect pipelines and other infrastructure within their areas.

The upsurge in pipeline vandalism, according to him, was due to the greed of some individuals desperate to make money without considering the implications of their actions and risk to others within their areas of evil operations.

The damage done to the residents by the vandals is incalculable as it took lives of the innocents and destroyed properties of many who were struggling to make ends meet. The problem is how and from where these affected people are going to pick up the pieces of their lives back to start all over again.

“I heard people saying ‘put off the light, don’t turn on your gas, don’t strike matches.’ Immediately I got outside not long before that, we saw fire coming from the gutter and that was the end. All I had have been lost. The cloth I’m putting on was bought for me. Everything is gone.” Said Taiwo Odugbesan, a resident.

Another resident, lost everything to the fire, Aneke Johnson was so perplexed he could hardly be coherent. “Look at me my brother…see my children. my house… tell me where do I begin at the 65…Tell me… How do I start my life all over again…? All I have this fire has taken… my children’s books and certificates gone… What is all this my brother… why have these people visited my family with this kind of fire…Just tell me where do I go from here!”

Adesiji Alani, a tailor who lost his shop which had dresses of his clients was almost inconsolable. “Am dead…I am dead. What do I tell my customers whose clothes have gone… burnt, all of them are burnt. They have killed me…” he mourned.

Helen lost her mini provision shop. “See where they have taken my life. See how they have destroyed all I have. I have been managing my life well and I have been thanking God for His mercies. Where do they expect me to go from here?” Helen lamented.

A mobile food seller Adijat said the old man popularly called Baba Araokanmi, who died in the incident, had just moved into the area last year when his house at Oju-Irin collapsed. When the fire occurred, they searched frantically for him before they discovered his corpse at Ikeja Mortuary.” she said. Keji, the granddaughter of the deceased was still in shock over the incident.

According to LASEMA Director-General/Chief Executive Officer, Oke-Osayintolu, five persons, including three adult males, one adult female, and a five-year-old child were found dead, while 20 people were treated for minor injuries and discharged at the scene and a total of 150 people, including children were displaced.

The fire was reported to have started around Ile-Epo bus stop spreading to Abule-Egba, Fagba and Ekoro Road. The Agency, on receiving information concerning the incident responded almost swiftly as it sent an advance party known as Dolphin Squad ahead of the major Team led by Oke-Osanyintolu. The Agency boss then led the main Team to the Fagba Pipeline fire with the Tiger Squad from Command Control Centre.

He was also at the scene of another pipeline explosion at Ekoro near Pipeline Bus Stop where residents were reported to have fled their homes.

Over eleven cases of Pipeline explosions have occurred in Nigeria with Lagos State accounting for the largest number and the highest number of deaths with over 260 deaths recorded during the Boxing Day fire on December 26, 2006.

The 15th May 2008 pipeline explosion occurred in the community of Ijegun, a suburb north of Lagos. The explosion which was reported to have occurred after a bulldozer struck an oil pipeline, was said by the police, to be an accident and not an attack by vandals as in past explosions. Construction workers accidentally broke an underground pipeline from which fuel started to spill out; moments later an explosion occurred.

The fire started from the Isolo end of Ijegun and spread to surrounding homes and schools. It reportedly spread through buildings with occupants inside. The Ijegun Primary School was said to have been damaged. More than 15 homes and over 20 vehicles were lost to the fire.

Eleven years later December 5, 2019, Ijegun would experience another pipeline explosion but arising from attack by thieves.

The frequency of pipeline fire in Lagos and within the axis mentioned in this report have virtually developed into a frightfully regular occurrences that demands a permanent solution. So far, the response by the relevant agencies, Lagos State emergency response services and the NNPC have been reactionary.

What is needed is a proactive solution to this unending crisis. The most enduring solution would be for NNPC in collaboration with the Federal government to relocate as many Estates and homes seating on the pipelines and those surrounding them away from the pipes.

This may definitely set the Corporation back in millions of dollars but it would be worth it and a safer sacrifice to make than the many human beings and properties that are lost to the resulting inferno each time. 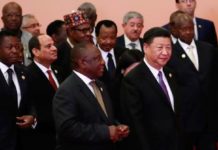 Lagos-Ibadan rail project: Will the train arrive in April? 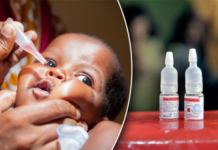 ‘I opposed vaccinations until my son caught polio’