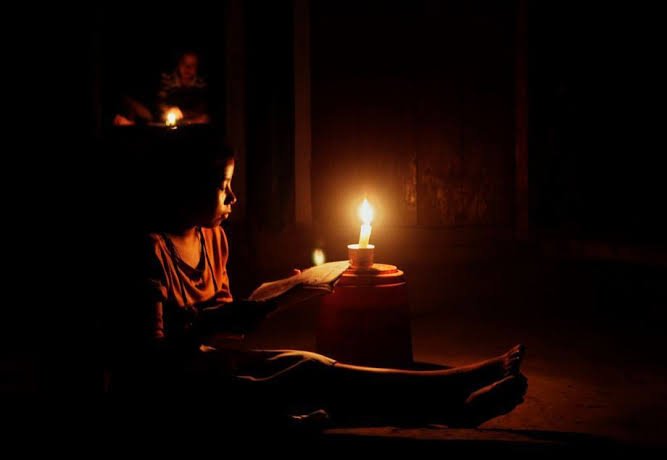 The impact of lack of constant power supply on fuel importation and its attendant subsidies in Nigeria is not a “go and come back” phenomenon, but instead, its effects are instantaneous, in a general sense.

The IMF, well-meaning economic advisers; foreign friends, as well as potential long-term investors have insisted that unless Nigeria does away with petroleum subsidies, its economic growth is in doubt. But, how do you get rid, overnight, with an essential commodity like the petroleum premium spirit (PMS) that provides an affordable lifeline to the majority of people in Nigeria for power supply and mobility? The answer is, it is possible to reduce the importation of petrol and its attendant subsidies overnight, significantly.

The readers may indulge me in creating a scenario on how possible, it is, to reduce petrol consumption in Nigeria with its associated subsidies by as much as forty per cent overnight, and everybody would still wake up in the morning, happy. This supposition premises on the statistical data of over 43% of daily off-road consumption of PMS in Nigeria.

There are over 60 million private generators scattered across Nigeria, of which PMS powers more than ninety per cent. These individual power generators, out of necessity, are put to use whenever there is a no light situation. It means lack of power, automatically triggers the indexes of importation of petrol, its consumption, and its attendant subsidies. What then happens should there ever be light? From the preceding, one can confidently posit that myriad of inefficiencies and wastes in Nigeria’s economy will disappear with automatism.

The scenario painted above is simplistic, but it is still an attempt on how a possible consideration looks encouraging. For instance, what will be the domino effects on the business of fuel supply, generator and maintenance parts, their merchants, and repairers, as well as the impacts on the GDP?

There will be an avalanche of a falling row of dominoes in the economy, including what will become of over 60 million power generators scattered over the Nigerian landscape. These are causes and effects.

However, what Nigeria needs is the net positive outcome on the economy. So, Nigeria generates power somewhat, but the most convenient and cost-effective model, the grid electricity, is what Nigeria lacks. Nigeria seems to be locked-in in the no-power trap – unable to break the ceiling of the 5,000 megawatts of daily production. There will have to be out-of-the-box reasoning to exit the no-power trap.

Before I go any further, it is necessary to validate Nigeria’s stubbornness in the removal of subsidies thus far. I earlier listed the indexes of PMS,what a ‘no light’ situation instantly triggers, in Nigeria.

Firstly, is the index of fuel importation, which is necessary to bridge the gap between local production of petrol and demand. Secondly, it is the volume of consumption of PMS – an unnecessary necessity, in this context, for alternative provision of electricity by the majority that cannot afford diesel-driven generators or those taking advantage of the subsidies of PMS. Third, is the index of fuel subsidies, which is a factor of equity in the economy to allow majority in the society to afford the cost of petrol for the alternative power supply in the absence of grid electricity or its reliability. These and many more are government’s considerations to foot drag in subsidy removal. The antagonists may need to be more understanding and tarry until an appropriate time.

Here is a supposition…

Mr. President invites representatives of the power sector (NERC, GenCos, TCN, and the DisCos) and some members of the Manufacturers Association of Nigeria (MAN) for a dinner meeting in Aso Rock, say, one August evening. Unfortunately, not ʾifṭār because it is not Ramadan. Sumptuous meals are still on the menu all the same.

The president tells his guests that within two weeks, he intends to deliver 24/7 power supply to domestic and light businesses as an antidote to reduce the use of petrol to power gasoline generators. It is a one-month experiment to reduce fuel importation and its subsidies.

He asks the power sector what it would take to achieve such a feat. After a quick consultation, the representatives of the power sub-sectors come up with a solution, but it would beg to disconnect some maximum consumption consumers (MCC) during the period of the experiment to release enough power for the domestic/light business sector.

There is an immediate reaction from MAN. Mr. President begs the representatives of MAN to pause their protest, to evaluate the consideration for the additional costs to their production. He then also tasks the power sector to compute their separate expense. He expects to meet with everybody on Monday for breakfast at the Villa.

Monday comes in a flash, and the guests are surprised to see Mr. President and his VP armed with calculators – the excellencies are the ones that know the costs of importation of fuel and the subsidies. Amidst the excellent breakfast of which many of the guests do not have much appetite, the VP asks if the guests are ready for their presentations.

The Gencos presents a bill to provide uninterrupted generation of power for the project. The TCN has no cause to fail and gives the cost of maintaining a reserve capacity that would stabilize the national grid, which they would pass onto the DisCos for revenue collection. The DisCos say they have three issues:
1. Their meters cannot read this standby reserve that acts as a buffer for constant electricity supply unless such is billed into the tariffs. 2. They are currently battling with electricity theft by consumers, mainly the metered consumers who bypass their meters. 3. The loss of industrial rates from the disconnected maximum consumer customers would necessitate immediate approval by NERC of a cost-reflective tariff. NERC says they could approve the N80/kWh price but worried majority of Nigeriansmay not be able to afford it.

Then MAN presents an estimated additional cost of disconnection from the grid to their production costs. The VP and his aides go to work on the computation. The smiles on the faces of both Mr. President and the VP after calculations signify a positive outcome, as believed. The newly appointed economic adviser to Mr. President is more than happy and thus gives a brief speech:

Well done, everybody! It has been nearly four weeks, and there has not been an outage of power for those connected to the national grid. In the beginning, every day felt like a day on a public holiday because that had been the pattern in years when residents enjoy longer hours of grid electricity, but twenty-seven days down the line, it feels like heaven for the first time, in the lives of most inhabitants in Nigeria.

At the appointed day for the review of the experiment, there have been many recorded wins. One stone seems to have killed many birds. For just prioritizing domestic and light businesses, the logjam in power supply appears to unlock temporarily. The fuel subsidies are reduced by forty per cent; there has been a significant reduction in fuel imports, and those disconnected are having their energy bills discounted as the government ploughs the savings from the PMS meant for petrol powered generators to lower the costs of production in the industry.

At least, even if the world calls it “subsidy” it is into production instead of consumption. The projected growth of the GDP for the fourth quarter is in double-digit. There are still more obstacles to surmount because the fundamental for sustenance is still not there. For these, the adviser to Mr. President – a graduate of Harvard with specialization on China’s route to industrialization, congratulates all Nigerians.

Is this a comical fiction or what? Of course, it is fiction, and I do not know about comics, but so was StarWars. It is more of futuristic projection and a foundation for close cooperation by the stakeholders in the power sector. Also, the inevitability of coordination in the economy, if there has to be double-digit growth. At least the conversation may have started on how to manage the little power that Nigeria has – the certainty of regularity is the next level now, to grow the sector. Now let us get down to brass tacks.

Samuel Akinyele Caulcrick
Author,  Power In Nigeria, will there ever be light? 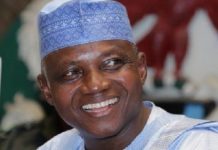 The gains of Buhari’s visit to Russia – By Garba Shehu