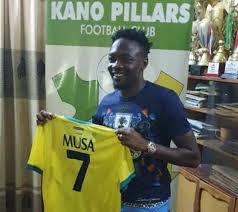 It is no longer news, that Super Eagles captain Ahmed Musa has returned to Nigeria but what is hitting the headlines is that the attacker has put Kano State on the spot as the North Western ancient state seeks to maximize the presence of the international sensation.

Facebook pages have been screaming loudly of moves by the Sani Abacha Stadium Clubside which had, over the period, not dominated major sports discourse outside league fixtures.

Many had applauded the move by Musa as a big boost to grassroots sports development while others find it as depicting humility from the player. Other views also scored the player high on patriotism which has also put the Nigerian Premiership Football League (NPFL) on international tabloids.

Musa’s profile and his football journey

Ahmed Musa was born on October 14, 1992 in Jos, Plateau State. He is a Nigerian professional footballer who plays as a forward and left winger for Nigerian club Kano Pillars and the Nigerian national team.

Musa became the first Nigerian to score more than once in a FIFA World Cup match, after scoring twice against Argentina in the 2014 FIFA World Cup.

The winger is also the first Nigerian to score in two FIFA World Cup competitions, after scoring twice against Iceland in the group stage of the 2018 FIFA World Cup.

While in Saudi Arabia, Musa was a member of the Al Nassr squad that won the Saudi Premier League and Saudi Super Cup, both in 2019.

Recall that Ahmed Musa starred for Kano Pillars between 2009 and 2012 before moving to Europe where he joined VVV-Venlo on loan and later featured for CSKA Moscow, Leicester City and his most recent club, Al Nassr.

The paparazzi and buzz that usually trails the unveil of a new sign on in Europe and other continents were visibly absent as the state attracted knocks and criticisms from the global community from the way the player was unveiled.

The player was seen clutching a jersey with the number 7 of Kano Pillars without a befitting backdrop or media parley as usual in other climes.

Critics had expected the glitz and glamour  of unveil in advanced countries which  come with beautiful photo sessions of the player with colourful backdrops, followed by a session of question and answers from both the new club and the former club.

These were visibly absent in Kano as sports fans and general public frowned at the way Ahmed Musa was announced to the Nigerian football family despite his profile.

This activity, many argued, exposed the inadequacies and decadence that had trailed sports adminstration and management in the country.

A football analyst and commentator, Joseph Adiele, lamented the development while speaking to KaftanPost.

He said: “There is a high level of mediocrity limiting sports development in Nigeria. How can an International football star and captain of the Super Eagles make a historic move into the country’s league and be announced that way.
“Don’t these people watch international sports channels? Even if they don’t, they should ask questions and be directed on the proper way it’s done.
“Even if you can’t fly journalists into the state, at least do a proper ceremony befiting this gentleman, who is already doing a lot in the state.

“This was totally a mess and a disgrace to sports administration in Nigeria and Africa,” Adiele lamented.

Musa reveals objective in Nigeria and the NPFL

Ahmed Musa, while fielding questions recently on the aim of his moving to Nigeria said: “Anything that improves the image of Nigerian football is something that I strive to embark on and Kano Pillars holds a special place in my heart.

“It’s the team that helped me become the professional footballer I am today, so this is more than just football but a very strong bond.”
This statement many agreed placed the team on a path of exploiting the objectives of the player’s return to the ancient city.

Recall that Musa recently helped the Super Eagles qualify for the 2022 Africa Cup of Nations in Cameroon.

The winger, before his return to the country, was reporter to be close to sealing a move to Premier League side, West Bromwich Albion in February, which he believes would work out after his brief stint with the Pillars.

Recently the social media has been agog with pockets of activities centred around the goal hunter.

Recall that the Leicester City winger and Nigeria International made some major decisions with many expressing optimism that his presence will metamorphose into a bright future for the club.

Rejection of salaries and other conditions of engagement

While the dust around Musa’s entry into the league was yet to settle, many had drawn permutations and guesses around the likely remuneration of the striker.

While many argued if the state would be able to afford his value,others debated on his salary coming in dollars or naira.

This was due to his pedigree in the round leather game.

Musa however shocked the football industry with a rejection of salaries.
Another issue of concern was the player’s engagements outside the state with the rate or kidnapping currently ravaging the country and threatening security.

The Club Chairman, Kano Pillars, Surajo Yahaya, while speaking on the development and the player’s safety, said Musa will only honour outside engagements by flight.

Yahaya said: “Ahmed Musa is a big player and at the moment we know the economic situation of the country and the bad roads in some regions,” Yahaya told the PUNCH.
“He is going to honour all our home matches and if there is an available flight in the state when we have an away game, then he is going to attend.
“He did not say that he’s totally going to be unavailable for our games on the road, but he is going to attend those matches by flight, but for the games that are close by, like a game at Katsina or Bauchi, he is ready to go.
“But we need to provide good facilities for him.

Ahmed Musa sent strong signals on his passion for grassroots sports development when he splashed millions of naira on his sports complex in Kaduna.

It was said to be equiped with a mini football pitch ,indoor and outdoor equipments for the use of individuals and groups .

These and more exploits from the striker have boosted the excitement of the state on his presence.

There are indications that the recent return of fans to football matches could spin huge revenue for the ‘Sai Masu Gida’ club.
This is due to the teeming fans Ahmed Musa has gradually amassed since he returned to the league.

Many fans of the energetic goal merchant would want to troop in to watch matches featuring the player even when it is fixed outside the state.

One match that is expected to pull the mammoth crowd is when Kano Pillars takes on Warri Wolves and Plateau United in away games on April 27 and May 2 before facing Enyimba at home three days later.

However, because of the security and the absence of an airport or flights into Abia, Musa might not play the match against Enyimba.

As Ahmed Musa settles to the NPFL with permutations, media attention, screaming headlines,a huge fanbase and more, so much is expected of the star while his stay in the country lasts.

This would gradually set a template for other likely returns, while boosting the business of football in the country. 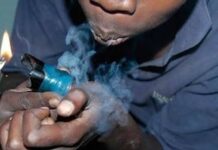 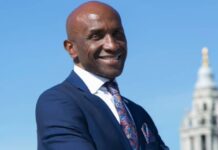 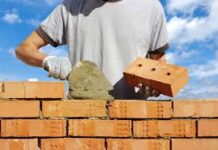