British PM Boris Johnson is forced to pay for damage done by his dog Dilyn to public property.

The Jack Russell chewed priceless books and furniture at Chequers that landed the Prime Minister with a four-figure bill, it has been claimed.

Chequers can also be called Chequers Court. It is the country house of the Prime Minister of the United Kingdom. A 16th-century manor house in origin.

The contents of Chequers belong to the nation, but each Prime Minister is entitled to stay there and host guests.

Unhappy that he has to pay over £1,000 for repairs, Boris Johnson called for someone to shoot his dog Dilyn who is beloved by the Mr Johnson’s fiancee, Carrie Symonds.

A source said Johnson was meeting colleagues at the house when Dilyn “darted under the PM’s feet with an old book in its mouth”.

The Prime Minister shouted: “For God’s sake, I’m going to get another £1,000 repair bill! Someone please shoot that f—— dog!”, according to the source, who added: “I don’t think he meant it literally.”

A minister said Dilyn had urinated in the house during an important meeting about foreign affairs, which angered Johnson further.

The house in Buckinghamshire comes with 1,000 acres of land, where Johnson and his fiancee walk their dog.

It has played hosts to dozens of dignitaries and Government ministers, and was the ill-fated location of the plan for Theresa May’s first Brexit deal.

Dilyn is the pride and joy of Ms Symonds, who rescued it from the Friends of Animals Wales charity and took it campaigning with her during the 2019 election.

Ms Symonds is an animal rights activist and has recently taken up a new post at the The Aspinall Foundation charity as head of communications.

Dilyn’s latest offence come after it was claimed he cocked his leg against the handbag of a senior Tory aide in the garden of Number 10.

Katie Lam, who has now left the Government, was forced to rescue her bag and tell the dog off, which a source said made Ms Symonds “very angry”.

A Downing Street spokeswoman would not comment on the incident but played down the suggestion that Dilyn would be banned from Chequers altogether.

Dilyn moved into the Downing Street with Prime Minister Boris Johnson when it was 15-week-old, from an animal rescue charity in south Wales as the PM has always been a passionate supporter of animal welfare and believes in giving animals the best start in life.

However, pets have long history with UK Prime Ministers, as Henry VIII was said to have had a menagerie of animals to his name, including ferrets, falcons and monkeys as well as dogs.

Pets also appear on government payroll as they are well taken care of. 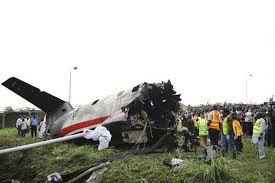 Timothy Aiyeku - February 21, 2021
0
It has been confirmed that all crew and passengers on the crashed Shadow 01 plane in Abuja died. They have been identified as Flight...