According to findings from the 2014 National Survey on Violence Against Children, six out of every 10 children in Nigeria have suffered one or more form(s) of physical, sexual or emotional violence before they reach 18. The findings also had it that one in four girls and one in 10 boys have experienced sexual violence. Undeniably, people and organizations (both local and foreign), who hold worrying concerns over the declining safety of children especially the girl-child and women, may have anticipated the impending rise in the number of Sexual and Gender-Based Violence (SGBV) cases as would-be aftermath of the stay-at-home order, which was declared in order to checkmate the spread of the coronavirus infection in Nigeria.

The UN says the raft of measures deployed by the government to fight the pandemic have led to economic hardship, stress and fear – conditions that lead to violence against women and girls. Sexual violence, according to the Centers for Disease Control and Prevention (CDC), is a serious problem that can have lasting, harmful effects on victims and their family, friends and communities.

The toll of the lockdown order

On Thursday, March 29, the night of the stay-at-home order announcement, it must have been a helpless circle of threatening thoughts aimlessly running through the minds of victims of rape and sexual-based violence (SBV) who had already clung to schools and workplaces during weekdays as their safe-haven from their identified sexual predators. This must have been so because prior to the announcement by the Federal Government, Nigeria had been suffering a different but silent epidemic; one mostly lamented by victims and loved ones.

After the announcement of the lockdown directive, there was a complete halt of the conventional educational, religious and business activities in most major cities across the country and some other states followed suit almost immediately.

The stay-at-home order had strategically positioned victims right before and within reach of their predators like sheep before the slaughter, with no safe haven to run to as workplaces, schools and places of worship had been shut down until further notice, thanks to Covid-19. The further notice tarried for over 120 days. This meant most rape victims and other susceptible children and women were caged with their abusers for 2,880 hours. This also meant that within the 69,120 minutes of the 2,880 hours, the deepest agony felt by rape victims were accompanied with unquantifiable tears and screams that the rest of the world could never hear, not even their next-door neighbour.

Hand wriggling of the Police

The Police had said there had been 700 rape cases recorded from January 2020 till date; a figure whose accuracy we can’t speak highly of. The report may only be guesswork or an estimated number of rape cases in a number of states because most rape and Sexual-Based Violence cases are not reported by individuals and families due to the stigma that follows, the inability to fund investigations, the slow pace of the investigation, and a host of other reasons.

Moreover, the police have shown that they lack an updated register for convicts of rape crimes and other sexual violence cases. If they did, the 4-year-old girl, Hauwa’u, who was lured into and raped inside a mosque on Thursday, September 3, by a 50-year-old Yusuf Bako in Bauchi, wouldn’t have to live with the psychological trauma and possible health complications for the rest of her life. Yusuf after confessing to the crime had stated upon interrogation that he had been arrested and imprisoned in the year 2001 and 2015 for the same offence. According to the PPRO, the suspect had claimed to have been among the inmates recently pardoned by the state government amid the pandemic. This questions how responsible the Police and state governments have been on cases of Sexual Based Violence (SBV) cases in the various states, especially rural communities. Should convicts of rape crime be granted pardon at any time before completion of their sentence?

Heartrending cases that shocked the world

During the lockdown, one of the cases, which left the country in shock, is the raping and gruesome killing of a 22-year-old Microbiology student of the University of Benin (UNIBEN), Uwa Vera Omozuwa, in a local church where she had gone to study on Wednesday, May 27. There was also the abominable case of a three-month-old baby, Rukayya, who was on the same date, whisked from her mother at night and defiled at an uncompleted building, until she was found around 2 a.m that morning with blood all over her genitals. As at the time of the news report, three surgeries had been conducted on the little girl.

Mr. Okehelem Oyenma, whose six-year-old daughter was lured by her offender with rice and egg and defiled after being fed, has led a peaceful protest to the NUJ secretariat of Edo State on Tuesday, 8 September regarding the investigation of the crime. The case was reported in the state police command on July 5, charged to family court on August 14. It should be noted that the father of the victim had earlier accused the police of truncating his efforts at seeking justice for his daughter in an interview with a state TV station in Benin City.

Read Also: Do we have a rape culture or a culture of silence in Nigeria?

The surge of sexual violence against women, children and men had also included violence from a loved one as UN statistics puts it that 93 per cent of victims were raped by family members, an uncle or even a parent. A 13-year-old female victim had also narrated amidst tears how her father, Godwin Jeremiah, sexually assaulted her repeatedly in their home, mainly at night and almost on a daily basis, Premium Times reported. “When she reported the case to her stepmother, she was beaten and made to leave the house after confronting the father. Even when he was arrested after she ran to the police to report the crime, her aunt intervened due to disbelief and the father was released on bail”. According to her statement, after the father’s release, “matters grew from bad to worse. It was the darkest moment of my life. This time, my father did not allow me to sleep; he forcefully abused me throughout the night.” There was nobody to help until she had to run away from her ‘living hell’ called home. She was lucky to have encountered the International Federation of Women Lawyers (FIDA), in Akwa-Ibom who rose up to fight on her behalf.

The VAPP Act and efforts made

Under the Violence Against Person Prohibition (VAPP) Act, a wide range of Sexual and Gender-Based Violence (SGBV) including; forced financial dependence or economic abuse, harmful widowhood practices, genital mutilation, abandonment of children, harmful substance attacks, and incest are all recognized as punishable offences. Although the majority of the efforts aimed at alleviating the growing rate of sexual violence have been centred on the aftermath of the crime, they are giant steps to be taken. The Law was only applicable in the FCT, Abuja before now. However, as stated in a report by the International Centre for Investigative Reporting (ICIR), as at the month of June, only 14 states have domesticated the Act since it was enacted five years ago. They are Kaduna, Plateau, FCT, Benue, Oyo, Osun, Ekiti, Ogun, Lagos, Edo, Anambra, Enugu, Ebonyi, and Cross River. Among the 23 states yet to domesticate the Act, 15 states (65 per cent) are Northern states, six (26 per cent) are in the Eastern region, while one is a South-western state, according to data collected by TechHer, a civil society organisation that provides a platform for technical knowledge exchange amongst women. As at today, Ogun and Akwa Ibom states have recently passed the law, making the VAPP Act applicable in 16 states.

Comparison of the VAPP Act with other Rape Laws

In other rape laws, only penetration through the vagina could be classified as rape, the VAPP on the other hand, identifies unlawful anal or oral sex as rape and not sexual assault. The Law also states that any other part of the body, e.g. hand or objects are also identified as instruments for sex and not just the penis as other laws state. Under other legislations like the Criminal Code where the judge has the discretion to lessen the maximum penalty, the Law withholds this discretion as the judge only has the discretion to sentence convicted offenders to more than the minimum 12 years penalty.

Families of rape victims, Non-government Organizations (NGOs), and other concerned Nigerians have recommended several other steps towards alienating rape, and all forms of Sexual and Gender-Based Violence (SGBV). They include the creation and improvement of rehabilitation centres and support systems for rape victims and offenders (as the case may require), provision of the funding required to cover the medical bills of victims, advocacy for victims to speak up about their rape ordeals, pleas for families to shun the act of settling rape cases or accepting money from offenders rather than reporting the crime to security agencies, pleas for castration of sex offenders as a befitting punishment, a preference of death sentence over the 12-year minimum sentence for offenders found guilty of rape, and many others.

Well, while the above recommendations hold water to some extent, the goal of sexual violence prevention is to stop it from happening in the first place. Hence, our front as a people should be target the factors that produce and promote sexual violence. As Taiwo Akinlami, a social development lawyer has opined in his interview with The Guardian Newspaper, “Despite the fact that armed robbers are being sentenced to death, some people still rob with arms. Death sentence does not deter people from committing a crime.” Even longer sentence may not directly impede the growing rate of Sexual Based Violence, but if the building blocks that model the inhuman behaviour and intentions of rapists, are pulled down, their actions can be prevented even before it happens.

Rape is a global issue that we have ignored for too long. The root should be our focus; what causes rape and sexual and based violence against children, women and men? On what kind of environment can the act of rape be perpetuated? Are there progressive steps taken to remove access to date-rape drugs from our streets and neighbourhood? How much attention are parents ascribing to the sexual development of their children? How are parents and guardians ensuring that the knowledge their children hold concerning sex education is strictly from them and not strangers? Religious and traditional institution must also take the center stage in this war by reproving their congregation against rape and all forms of Sexual Violence at every available opportunity they find. State and local governments must see the need to hold periodic town-hall meetings in conjunction with religious and traditional leaders to orient their communities against sexual violence. Our education systems must also be strengthened by the Ministry of Education to identify and execute programmes that improve safety and monitoring in schools and in the society. The Federal government must create a unified, organized system under the State Police, which enables rape cases to be registered and digitally recorded for easy access, proper documentation and proper follow-up in order to prevent foul play with reported cases of sexual violence. A deadline of 24 hours should be given to police commissioners and security chiefs to file in and digitally record reported cases in the unified system provided by the Federal government with a suitable repercussion attached upon failure to do so.

We may not succeed in ending the rape epidemic completely but we can address menace and impede the growing number of cases. The sooner we deal with it, the better for us all. 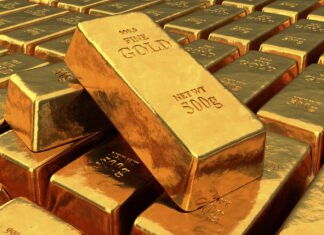 KAFTANPost - November 25, 2020
0
By Francis Ogwo Investors in gold have counted their losses with the recent sharp drop in price of gold which has been regarded as the...