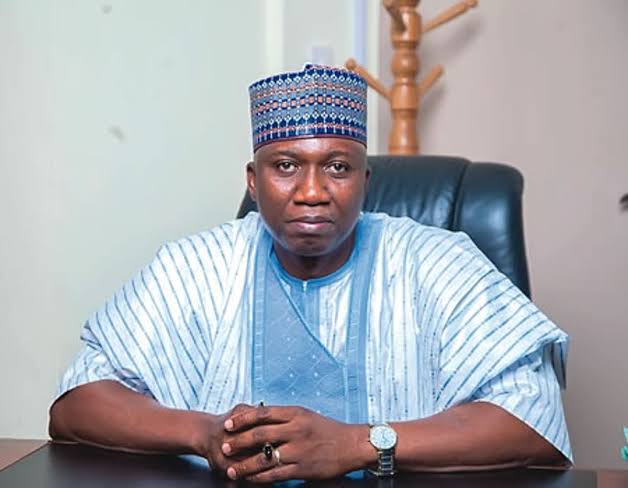 The Nigeria Agricultural Quarantine Service (NAQS) is embroiled in a sham of some sort. Gross misconduct, serial abuse of the Procurement Act, including kickbacks before awarding contracts, violation of the Treasury Single Account (TSA) regulation, and outright extortion of unsuspecting members of the public is the day’s order. In some cases, the night too under President Muhammadu Buhari’s nose.

As part of his campaign signatures to Nigerians in 2015, Buhari promised to rid the nation of corruption that crippled his predecessor’s administration. ‘Mai Gaskiya’ – Mr Honesty – has long been the ascetic-looking Buhari’s nickname, a personal reputation as a lone squeaky-clean man in a sea of corrupt Nigerian politicians.

“We must fight corruption frontally because it’s one of the reasons we got elected,” the president said in 2018. “We campaigned on three fundamental issues; security, reviving the economy, and fight against corruption. It’s the reason we got elected, and we can’t afford to let our people down.”

True to his word, Buhari built his anti-corruption crusade on a tripod: implementation of Treasury Single Account, Biometric Verification Number (BVN) and ‘Whistle Blowing’ policy. This relatively blocked perceived leakages in government, such as faulty contract-bidding process and lack of financial documentation, making it more difficult to indulge in brazen corrupt practices.

But somehow, fraud swirl and twirl around the president like a tiny ball made of silicon dioxide. Unnoticed, perhaps. Transparency International, in its recent report, consented. It said corruption worsened in Nigeria within the last year, as the country is now 149 out of 180 nations, a record that is three steps lower than its rank of 146 in 2019. The NAQS played an inimical part.

What’s the role of the NAQS?

Founded in 2018, the Nigeria Agriculture Quarantine Service is a  regulatory agency under the Federal Ministry of Agriculture and Rural Development. It was created for the harmonization of Plants, Veterinary and Aquatic resources (fisheries) Quarantine in Nigeria to promote and regulate sanitary (animal and fisheries health) and phytosanitary (plant health) measures in connection with the import and export of agricultural products to minimize the risk to the agricultural economy, food safety and the environment.

Simply put, the agency organises tests on animal and plant products entering or leaving the country. This is to ensure they are fit and free from pests and diseases and to enhance trade and human health. The agency, by its mandate, is both a regulatory and revenue-generating organ of the Federal Government. Its officers are often confused with National Immigration Service as they also guide the borders.

Following the presidential assent to the Nigeria Agricultural Quarantine Service (Establishment) Bill, 2018 in January 2019, NAQS became a full-fledged agency of government with Dr. Vincent Isegbe appointed as its pioneer Director-General for an initial period of five years.

Like many of President Buhari’s appointees, a godfather reportedly played a role in Isegbe’s emergence. Chief Audu Ogbeh, who at that time was the Minister of Agriculture and Rural Development, was said to have had a hand, rewarding his staunch disciple to cover his tracks with the hope of continuing beyond Buhari’s first term.

A petition addressed to one of the anti-graft agencies listed a plethora of alleged violations of the Procurement Act. It also accused NAQS leadership of engaging in illegal employment of casual workers who were allegedly deployed to handle the various assignments of the agency at the expense of the bona fide staff. Due to pressure, the agency hurriedly carried out recruitment earlier this year. According to the petition, the body awarded contract without market survey from NAQS’s stores unit; payment before awarding of the contract; an arbitrary fixture of contract sums; shoddy and compromised bid process (if any), to secure jobs for favoured companies; plus the subversion of TSA regulation for revenue-generating institutions, among others. This, the petitioners said, was geared towards extortion of unsuspecting members of the public as well as the concealment of the actual sums generated. The NAQS DG was equally accused of gross abuse of power, highhandedness, and intimidation of staff of the agency, so much so that heads of the various departments of the agency did not have any say in the running of the agency.

Those who insisted on their rights, it was also alleged, were victimised and transferred to “Siberia” or rendered redundant, with their roles reassigned to subordinates and casual staff.

Many officers, according to some staff members of the agency, had been cowed into submission, becoming mere spectators, while others who could not accept alleged degrading treatment, worked their way back to the Agric Ministry.

The petitioners, referring to payments before awarding of the contract, accused the agency’s leadership of deliberate subversion of due process and cover-ups of fraudulent financial activities. They insisted that there was no due process, for instance, in supplies as the stores unit, which ordinarily vets and receives procurements had allegedly been annexed by the DG who was said to have deployed those that would do his bidding.

In most instances, the stores unit, as gleaned from the documents, charged supplies of the agency to the office of the DG, since, according to the petitioners, the purported supplies were received only on paper.

Any store officer that refused to yield to the dictates of the DG, it was further alleged, was redeployed as punishment or rendered redundant.

Contracts were also allegedly awarded without market survey from the stores unit, while contract prices were said to be arbitrarily fixed without consulting the stores. A search conducted at the Corporate Affairs Commission (CAC) showed that two of the firms that featured prominently in the alleged contract scam (names withheld) actually belong to the same person.

Further investigations suggest that the two companies belong to a retired senior staff member of the agency.

There was also an allegation that the DG flouted government directive to agencies regarding insurance policies. The 13-page petition was signed by some members of staff of the agency who pleaded anonymity for fear of victimisation.

However, when contacted, Isegbe dismissed the allegations in the petition, describing them as baseless and the figment of the imagination of the authors whom, he claimed, may not be staff members of the organisation.

The DG’s response through Dr Chigozie Nwodo, spokesperson for the agency, also rubbished claims by the petitioners as idle talk that merits no special attention.

He maintained that no staff of the agency could have authored the claims in the petition, insisting they were false.

Dr Nwodo said: “What I want you to know is that none of the issues you mentioned is true, to the best of my knowledge. Not one is correct.

“So, the allegations are only a figment of the imagination of the authors, and I can guarantee you that even from the names of the people that wrote the petition – no NAQS staff will write such petition, and so it is completely false.” 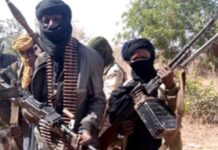 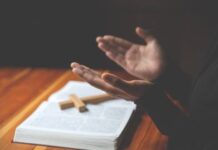 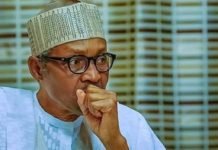 Government policies, illiteracy and the crisis of adoption: Reviewing the NIN registration and MSMEs