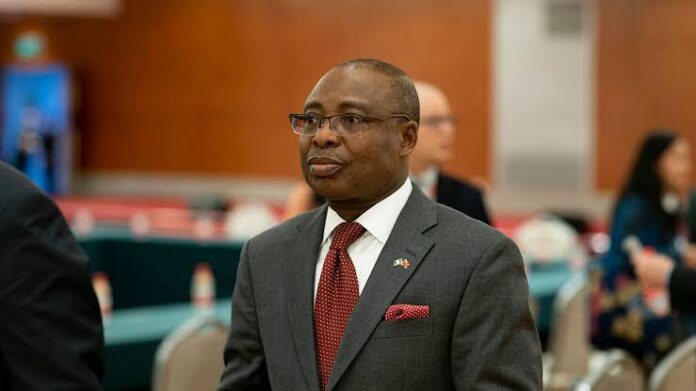 Since the advent of the Fourth Republic in 1999, no administration has trampled on the norms of democratic-civil-military relations like President Muhammadu Buhari, with the exception of the regime of Olusegun Obasanjo. Coincidentally, they are both retired generals and that says a lot about the participation of retired military officers in representative democracy. The performance of the two presidents in the civil-military relations is a pointer that the electorates must be on guard when retired military personnel turn up in future to contest for the office of the president of the Republic. From Zaki Biam to Odi, from Zaria to Lekki, you could see the domineering characteristics of retired military generals in Aso Villa.

Moreover, almost all the Ministers of Defence and National Security Advisers appointed by the two presidents are retired military officers. President Muhammadu Buhari has pushed that a step ahead by installing retired military officers as Comptroller General of the Nigerian Customs Service and Administrator of Presidential Amnesty Programme. Meanwhile, the first action taken by the President after taking office in 2015 was to install loyal security machinery, by appointing military and security chiefs he could trust and they ended up overstaying their welcome, though, not by the president’s assessment.

Despite the various calls for their removal due to the rising cases of insecurity, he kept faith with the appointees until he was sure that nothing   will happen to the regime. Even after the ouster of the service chiefs, he proceeded to reward them with ambassadorial appointments, the prerogative of the President, one must acknowledge. But of course, in other climes, there is a need for a waiver by the National Assembly for that sort of appointments having just retired from the military.

Besides, the president has delegated important decisions about the use of force to the armed forces and ignored several calls for military accountability in internal operations. During the series of mass protests that exploded across the country against police brutality in 2020, it took a while for the president to respond to the call for full investigation into the crisis and the use of force by the military personnel deployed to put an end to the protests. Furthermore, it has now become a standard operating procedure for the armed forces to embark on extra judicial actions, especially in the fight against oil theft. On October 10, 2022 the Nigerian Navy destroyed an oil bunkering vessel arrested with stolen crude oil in the creeks of the Niger Delta.

A number of persons, groups and institutions condemned the burning of the ship, saying it destroyed vital evidence and accused the military of a cover-up. Attempting a civilian control over the military, the House of Representatives on 12th October, 2022 resolved to investigate the circumstances and reasons for the swift destruction of the oil bunkering vessel by security operatives instead of preserving it for evidentiary use in court. However, the Chief of Defence Staff (CDS), General Lucky Irabor on 14th October, 2022 decided to double down, saying the vessel was caught in the act, and security agents subsequently set the “instrument of operation” ablaze, noting that no investigation is needed to carry out the action.

On 16th October, 2022 the Punch Newspaper reported that the Human Rights activist, Femi Falana, criticised the Nigerian navy over the destruction of the oil laden vessels. He said “Apart from the sabotage of the national economy, the crime of oil theft has portrayed Nigeria as a nation where official impunity has been institutionalised by the government”. According to him, “The statement credited to General Irabor is a deliberate attempt to cover up the involvement of military personnel in the serious crime of oil theft as there is no provision of the rules of engagement that authorises military personnel or security operatives to set fire or destroy vessels loaded with stolen crude. Speaking further, Falana noted that, “the Chief of Defence Staff is not unaware that section 111 of the Armed Forces Act provides that the burning of a ship or vessel by military personnel is a serious offence which attracts life imprisonment without an option of fine.” He therefore called for his resignation to prevent the sabotage of the ongoing operations designed to expose the perpetrators of oil theft in the Niger Delta region.

Regrettably and knowing that the president will not listen to Falana, the Nigerian Navy on 11thNovember, 2022 yet again set ablaze a seized wooden boat laden with 273 drums of petrol along the Calabar waterways. The base operation officer of NNS Victory, Lt. Cdr. Isaac Ayogu said the exercise was in accordance with the standard operating procedure of the Nigerian Navy as directed by Chief of Defence Staff that any item associated with crude oil theft and illegal oil bunkering should be destroyed and suspects, if any, handed over to appropriate prosecuting agency. The logical question to ask is where is the evidence to be placed before the judiciary for the commission of the crime when it has already been destroyed? In the same vein, will the military authorities mete out same sanction on ships sailing under foreign flags? If that is the case, why is MT Heroic Idun registered in Marshall Island being kept as evidence?

While, the reaction of the military authorities is understandable considering the impact the activities of the oil thieves are having on the economic and revenue of the federal government, but must it be at the expense of law and order? It is pertinent to observe that since the Federal Government clamped down on oil theft, and other economic crimes such as illegal bunkering, about 134 ships are currently detained at Lagos, Port Harcourt and Warri Naval bases. Many of these ships have been held for several years with their stolen products while the cases against them drag on in courts thus putting the ships at risk of sinking and destroying the environment. Against the backdrop of such large number of seizures, the best course of action is to accelerate the process by setting up special courts to prosecute these cases in order to remove the ships clogging our waterways rather than resort to self help and extra judicial means.

Meanwhile, the Inspector General of Police on 17th November, 2022, summoned the leadership of all the registered political parties to his Headquarters to warn them ahead of the 2023 elections. Security briefing or whatever anyone may conjure what happened that day, it was an anomaly that could only happen in Nigeria. In a functional democracy, where civilian control of the security forces is not doubt, it is the Minister of Police Affairs or any civilian in charge of security and the institution charged with the responsibility to conduct elections that will speak to the political parties. Unfortunately, Nigerian democratic space is becoming so militarised that this key democratic pattern is now lost on us all. Very soon, other agencies including the NSCDC, EFCC, NDLEA, Nigerian Customs and Immigration Services will also send for the political parties to read the riot act instead of carrying out their duties in accordance with the laws of the land without any show of force.

The summary of the forgoing is the threat to the civilian control of the military and security forces and to caution that this threat is real and may have implication for the future of democracy in Nigeria. It is doubtful that anything meaningful can come out of the so-called investigation being carried out by the House of Representatives in respect of the incidents by the Nigerian Navy. In any case, the Senate is just not interested in the issue. The implication is that in future when we have a president without military background, we are likely to see certain level of resistance from the military as a result of the permissiveness of the retired generals turned presidents. That was the beginning of the lack of real civilian control of the military in Pakistan, a developing country like Nigeria where the military sneezes and civilian authorities catch cold. We are already setting the stage for such an eventuality and may it not happen. 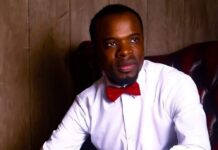 Africa to the world: U.S Africa Leaders Summit kicks off in Washington